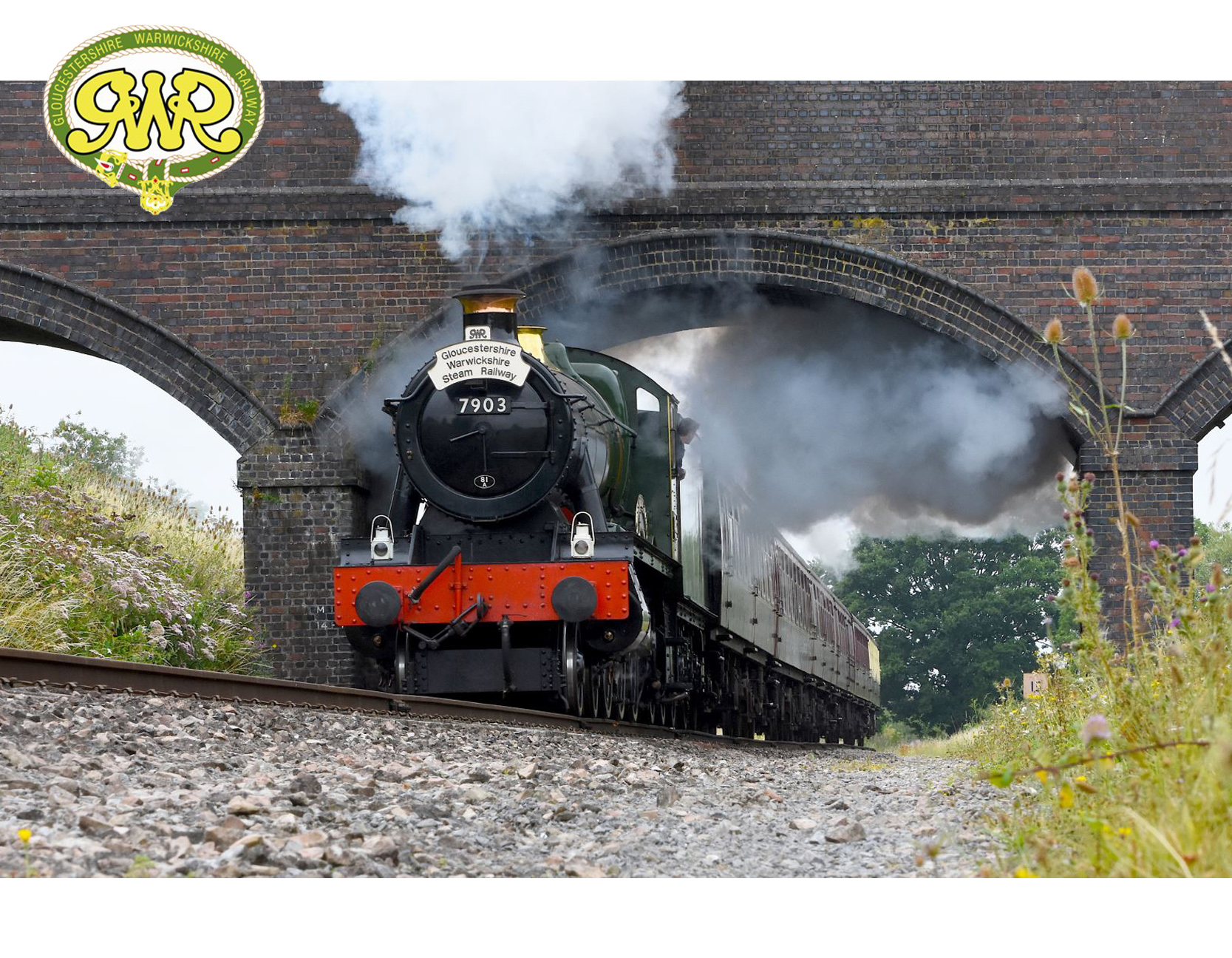 GWSR ran its first post-lockdown public train service on 15 August,  five months to the day since services were brought to an abrupt halt after the last train of the 2020 season, on 15 March.

It was a triumphant occasion for the railway’s volunteers, who the previous weekend had rehearsed the new, socially-distanced arrangements and timetable. 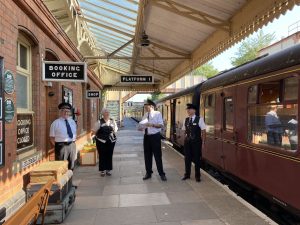 Trains will be running on Saturday, Tuesday and Wednesday from August through to January 2021 for the time being.  Check GWSR timetable for full details.

Graham Radband, the railway’s commercial director commented: “You could tell that every one of our volunteers and visitors was smiling, despite the required face covering.

“We’ve had so many positive comments. Like ‘So good to be back and seeing steam again!’ or ‘I hadn’t realised how much I’ve missed the railway!’

The railway has marshalled its compartment coaches which are reached through sliding doors from a side corridor, which means a family group of up to six people is effectively isolated on the train in their own social ‘bubble’. 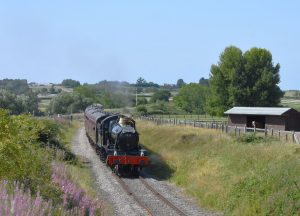 Adds Graham Radband: “These old-fashioned coaches have really come into their own and meet the need for social distancing admirably! It has all worked so well today. It is such a joy to see the railway back in business after so long!”

The GWSR is running trains on Saturdays, Tuesdays and Wednesdays for the time being. Tickets can only be booked online and may be printed at home or downloaded onto a smartphone.