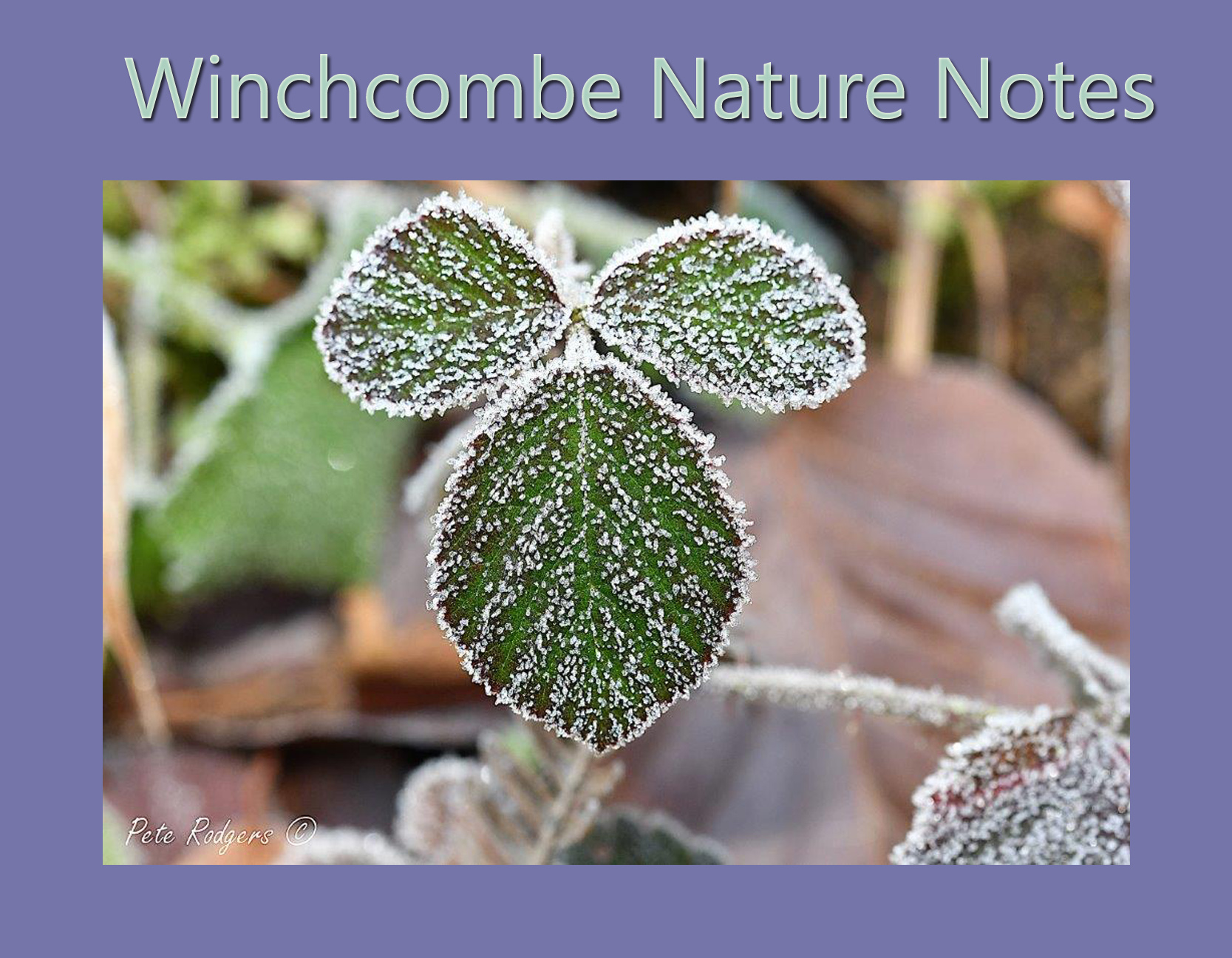 2020 is now behind us and many will say good riddance to that. But things always seem to get worse before they get better and we are in that situation now with much of our life still in some form of lockdown.

However, the world keeps turning and with the days inexorably getting longer we have spring to look forward to. Mother Nature is already preparing the countryside for this most lovely of seasons.

Nascent leaf buds are in evidence on many trees and shrubs although they will not break for a while yet. Catkins are evident on hazel and alder and the leaves of wild arum are showing in the verges. Snowdrops are generally well advanced in gardens and I have seen my first wild primrose in flower, along with a single lesser celandine.

A few days ago I took advantage of a sunny, if cold, day to see if I could find a rather pleasing winter plant, the stinking hellebore, unfairly named as its only odour comes from its crushed leaves. The plant is however, poisonous.  I have previously seen this plant in woodland near Winchcombe and returned in the hope that it may still be in the same location.  It had survived and pushed up several lime-green flower spikes, adorned with drooping bell-shaped flower buds, which were just starting to open. 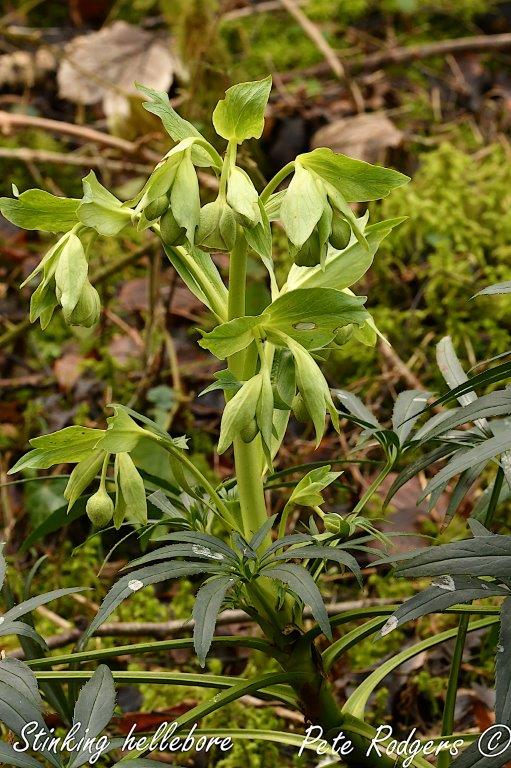 The plant belongs to the same family as garden hellebores which produce early season flowers in a range of colours. Often referred to as the ‘lenten rose’ they not only look attractive but are a valuable source of nectar to early season insects, especially bumble bees. Hellebores belong to the larger buttercup family, Ranunculaceae.

Earlier in January I spotted another example of that beautiful fungus, velvet shank whilst walking along the Old Brockhampton Road. This was a particularly fine specimen, growing up the edge of an old log that was lying in the hedgerow. 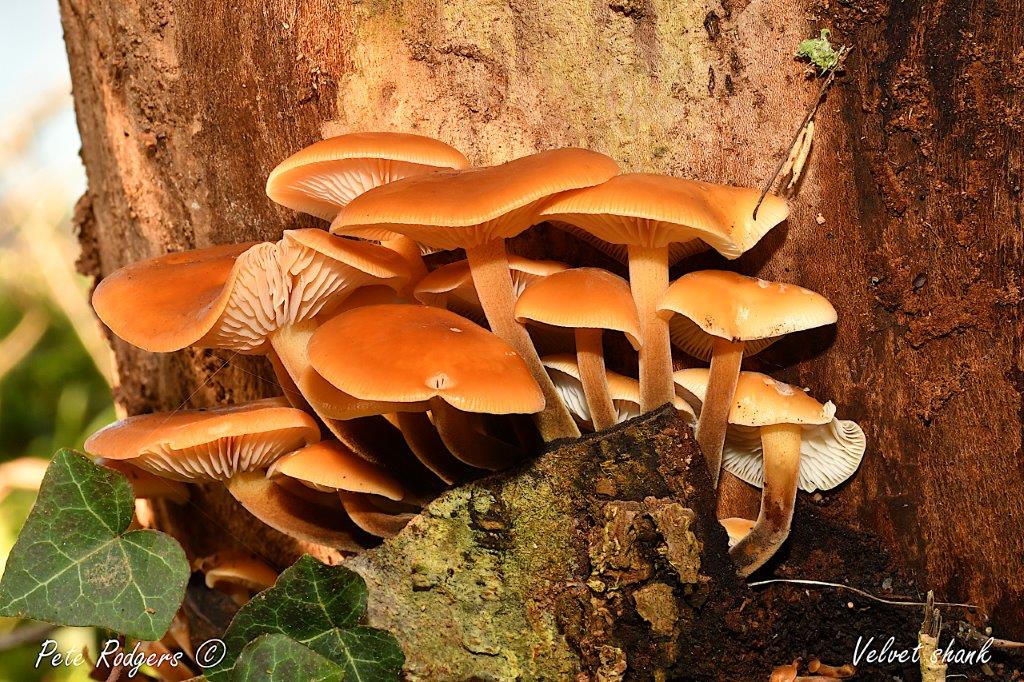 Although I had photographs of the plant from my earlier find in Castle Street, this was too good to miss so I returned with my camera a day or two later for a further short session.  My timing was about right because I noticed yesterday that it has gone over and is anything but photogenic now.

I have previously mentioned my need to go beyond the boundaries of Winchcombe to view and photograph wildlife.

The current Coronavirus lockdown rules are unclear in some respects and I am still trying to determine whether Cheltenham is considered local or not.  A trip to the Forest of Dean couldn’t be classed as local although ironically I could meet more people on a walk through Sudeley via Winchcombe High Street than I would meet driving forty miles to the Forest!

Judging by the number of cars parked in Vineyard Street recently, I think its fair to say that quite a few people have a wide interpretation of the definition of local.

Before lockdown I did take a trip to Pittville Park in the hope of catching up with a kingfisher that had been reported on the lake. I have seen these beautiful birds there before but they have been extremely mobile and difficult to catch up with.

Now, at last, was one that was faithful to a smaller territory near to the Albert Road entrance to the park. Although moving about its territory, it certainly had its favoured perches to which it regularly returned. This provided excellent opportunities to view and photograph this iconic bird.

Of all our British birds, the kingfisher must be the most easily recognised by birders and non-birders alike, along with, of course, the robin and the puffin.

It really needs no introduction. It is most often seen as a flash of electric blue as it skims the water’s surface of a lake or river and it was a long time before I ever managed to see one perched. Something of a bogey bird for me. Most birders seem to have one! 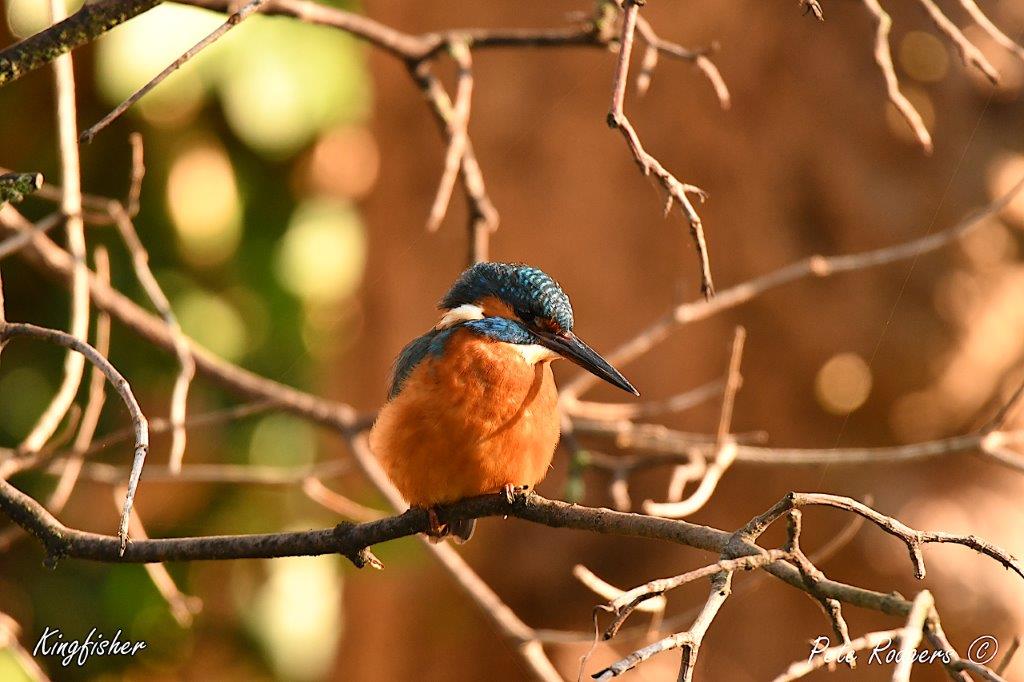 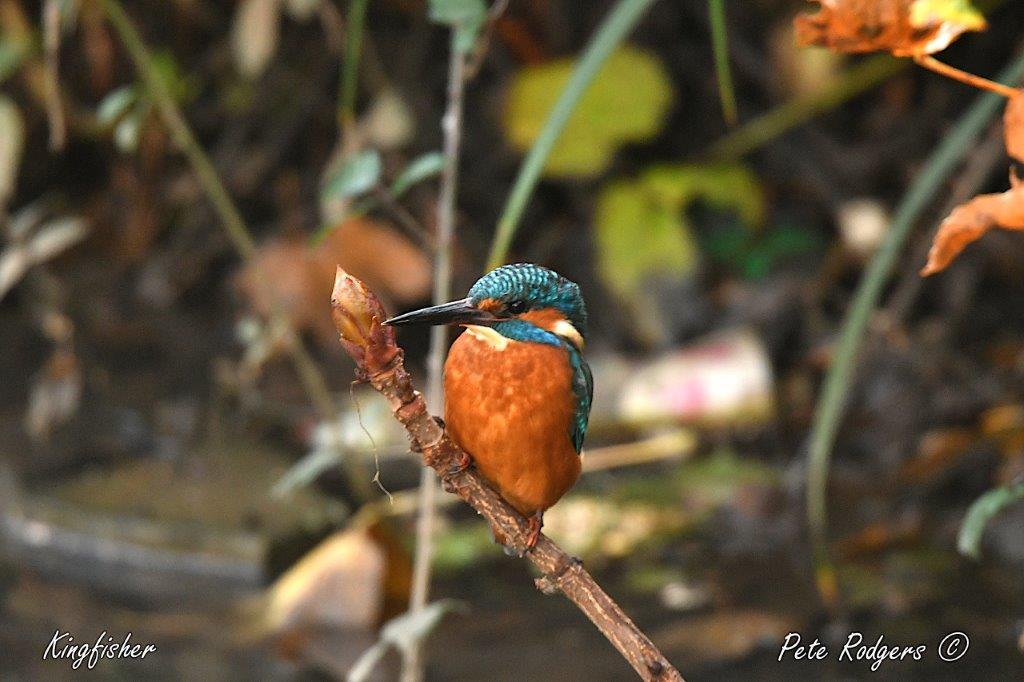 When perched, the kingfisher can sit motionless for lengthy periods and be surprisingly difficult to spot. Only when seen like this can one appreciate quite how small the bird really is. And its not just electric blue either. It has a beautiful reddish-orange breast and undersides.

When it spots a fish it drops off its perch, head first into the water, usually emerging with a hapless victim which it beats to death on its perch before swallowing it head first.

Garden birds have remained at a premium again. The goldfinch flock, which has been regular during the winter months of the past few years, seem particularly elusive. Their presence would attract other small birds to my feeders but now I only see the occasional goldfinch.

A near neighbour took pity on me recently and invited me to his back garden, in particular to view a small flock of lesser redpolls that are regular visitors to his nyger seed feeders. He lays out a smorgasbord of foods for the birds and is well rewarded with a good range of species visiting to feed.

I have had the occasional lesser redpoll on my feeders, but not this year. It is certainly a good garden bird so I was more than happy to accept his invitation. 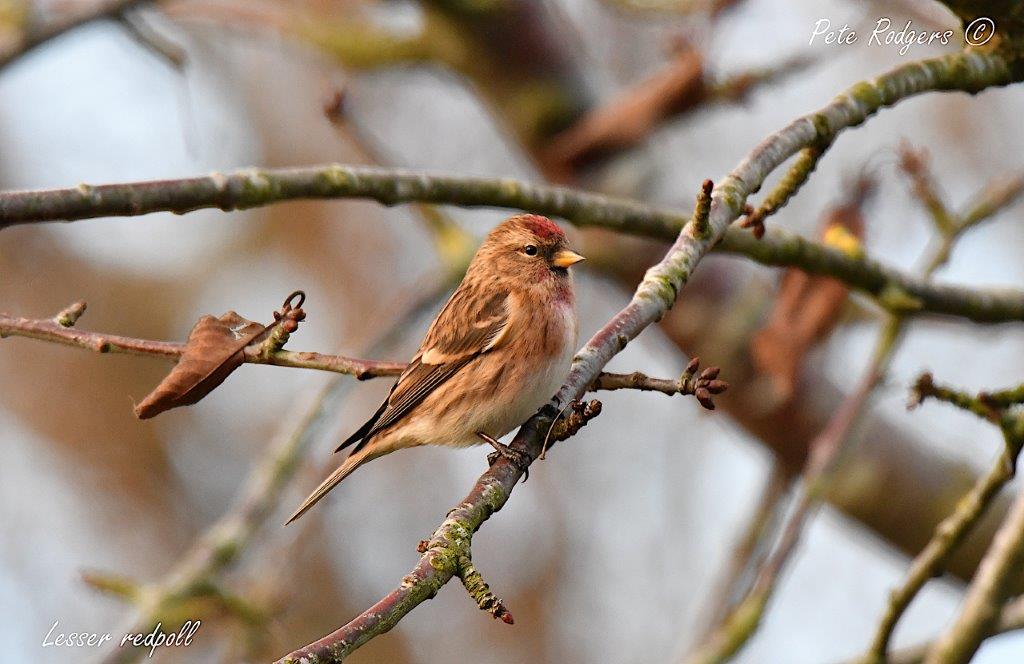 The lesser redpoll is one of the smaller members of the finch family. At first glance it can appear a rather colourless, drab, brown bird. But closer inspection reveals a red top to the head (hence its name) and a pinkish flush to the breast. The male sports a smart black bib beneath the bill. The colours intensify as the breeding season approaches.

In the spring and summer they can be found most frequently in coniferous woodland further north. The birds that winter in southern Britain are probably from Scandinavia, where they leave the extreme cold to enjoy the relative warmth of our winter months.

As I pen these notes Storm Christoph is blowing a hooley outside, bringing with it more unwanted rainfall. It looks like Winchcombe will avoid its worst effects although places further north will not be so lucky. And this is unlikely to be the last winter storm this season.

Summer still seems a long time ahead but spring should hopefully lift the spirits, especially if our weather is as kind as last year. I have optimistically drawn up a wish-list of nature venues to visit in 2021. Only time will tell whether it remains just that, a to-do list rather than a have-done list!  Stay safe.