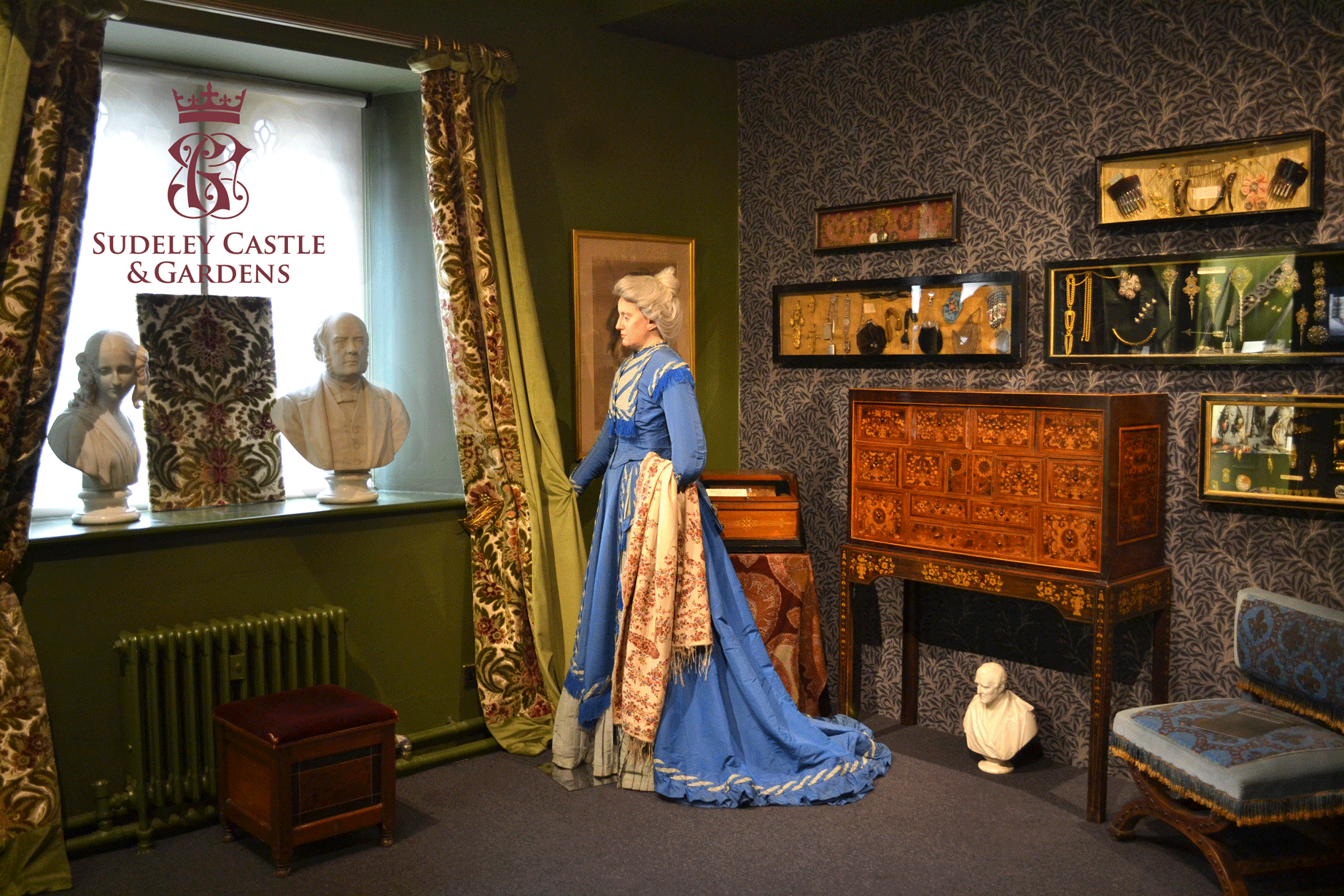 Launch of the exhibition of a Royal Sudeley 1,000, Trials, Triumphs and Treasures colourfully tempestuous history brilliantly told. Treasures from Sudeley Castle’s 1,000 year history have gone on show in our new and completely refurbished and redesigned exhibition rooms.

Among them are a tragic queen’s love letters, a Victorian pedometer and a long-lost Roman stone God previously thought missing for more than 100 years and later found hidden away in a cupboard at Sudeley Castle. 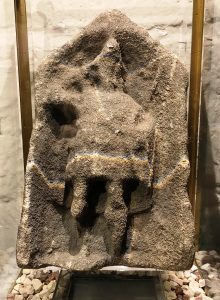 The exhibition also includes a one-of-a-kind, life-size glass-engraved portrait of Katherine Parr by critically acclaimed artist, John Hutton. The artwork was re-discovered during the refurbishment of a holiday cottage on the estate, where it had been for decades. Its importance has now been realised and so it has been brought into the exhibition collection.

Numerous items of historic significance are also on display, such as a lock of Katherine Parr’s hair, her prayer book and an intricate lace christening canopy believed to have beenworked on by Anne Boleyn for the christening of her daughter, Elizabeth I.

“The exhibition really brings Sudeley’s history to life,” said Wendy Walton, the new general manager at Sudeley. “It is the biggest refurbishment the castle has seen for more than 20 years and we have worked with a specialist designer to ensure the exhibition is the best it possibly can be.

“It includes some previously unseen treasures as well as fascinating artefacts which have been on display before but which have been given a complete refresh – all telling the story of Sudeley’s colourful and eventful past.” 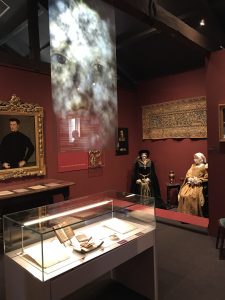 Wendy added: “To further enhance the visitor experience, we have used technology to create some impressive new features, such as an ‘invisible’ screen on which the ghostly image of Katherine Parr seems to appear and fade away before your eyes.”

The exhibition offers insights into the lives of the current chatelaine of the castle, Elizabeth, Lady Ashcombe, who has lived at Sudeley for 49 years, and her children Henry and Mollie. It includes a room devoted to their much-loved pet badger, Brock, who lived with the family in the late 60s and early 70s.

It also includes for the first time, objects brought into the collection by Lady Ashcombe’s second husband, Harry Ashcombe, whose grandmother, Alice Keppel, is represented by fascinating memorabilia from her relationship with Edward VII.

Sudeley was a royal residence, closely associated with some of the most famous English monarchs, including Edward IV, Richard III, Henry VIII, Lady Jane Grey, Katherine Parr, Elizabeth I and Charles I. The Castle was even home to a secret Queen of England, Eleanor Boteler, whose royal status was unknown for centuries.

Sudeley Castle archivist, Derek Maddock, said the exhibition has been four months in the making, but is delighted with the results. “It has been a huge undertaking,” he said, “but to see it now is marvellous. It really shows off Sudeley’s vast collection of artefacts in the best possible light.”

Among Derek’s favourite items in the exhibition is a bust of Eleanor Boteler, one of the early chatelaines of Sudeley, who is now believed to have been secretly married to Edward IV. 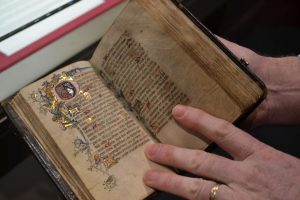 The Bohun Book of Hours, which consist of several works from varying dates bound together for Henry VIII, is also of huge historical significance. “It pre-dates the Black Death and is thought to be one of just six of its kind in the world,” Derek explains. “To have a book this rare in our collection is remarkable.”

He added: “We are also very fortunate to have been loaned a beautiful collection of gloves from the Dent glove museum, a great addition to the exhibition as the castle was restored thanks to the 19th century fortune made by the Dent brothers’ glove manufacturing.”

Today, Sudeley is widely recognised as one of the most romantic and beautiful buildings in England, surrounded by a 1,200 acre estate and 10 award-winning gardens. 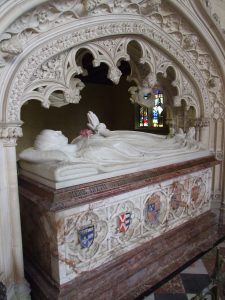 Sudeley is the only private castle in England to have a queen buried within its grounds – Katherine Parr, the last of Henry VIII’s six wives. Today visitors can explore the beautifully restored 15th century church where she lies entombed.