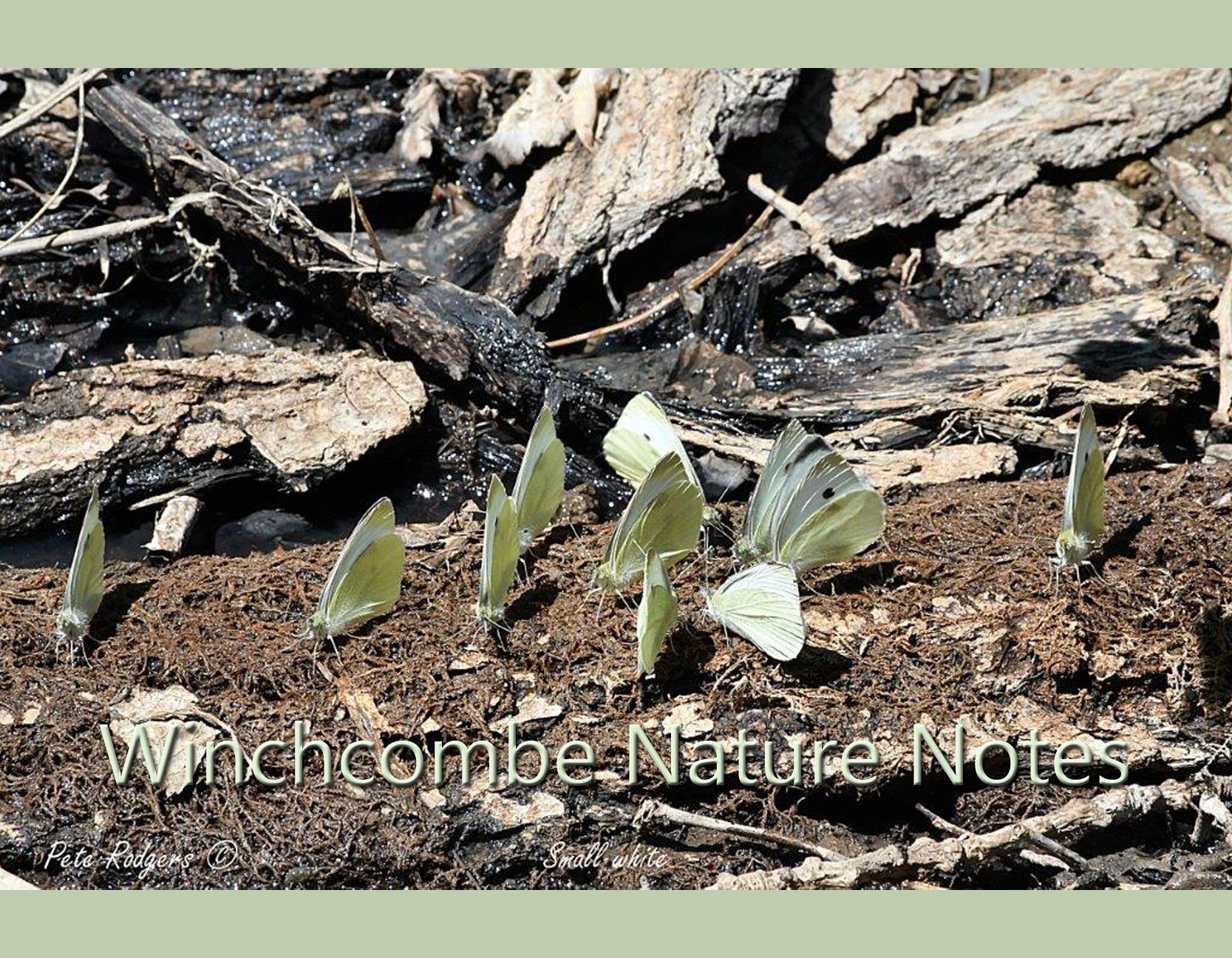 On the 1 September we entered the meteorological autumn.  August had its usual mix of weather, the first half of the month being somewhat cooler and wetter than many would have liked.  Things did improve, culminating with record high temperatures over the bank holiday in some parts of the country.  At least Winchcombe did not suffer the floods that others had to endure, neither were we plagued by the possibility of a dam washing our town away.

I often wonder how wildlife copes with such extremes of weather but it does, mainly.  Lower temperatures and heavy rainfall could spell disaster to any young birds still in the nest. 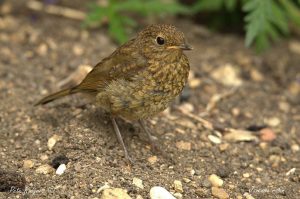 If parents have already sent their first brood into the big wide world they may well have second-brood chicks to raise.  I saw a juvenile robin in the garden during the first week of August and this was clearly from a later brood.  Colourwise , young robins are very different from the adults, having speckled brown feathers.  However, they still exhibit the main characteristics of the adults both in shape, size and actions, showing no fear of humans.

On the same day I saw a brown argus butterfly in the garden.

This is most unusual and only the second time I can recall such an event.  It was a stunning male, the upperside a beautiful, rich brown with orange lunules (dots) along the edges of fore and hind wings.  So far I have seen 21 of the 59 species of UK butterflies in my garden (35.5%) which is a respectable total considering that many of our butterflies are confined to specific, often declining, habitats. This makes it most unlikely, therefore, that I shall be able to add much to this number.

The white butterflies have been out in force during the warmer days of August. 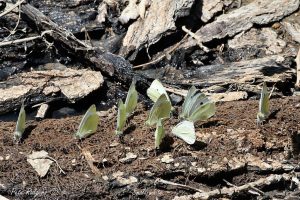 They hunt in packs in my garden, or so it seems.  Large and small whites lay their eggs on members of the cabbage tribe, and this can lead to serious damage to the crop.  Covering my plants keeps them at bay, although I do find this somewhat unsightly.  Red admirals have again put in an appearance as they usually do at this time of year. One day there were three together, spiralling upwards disputing territory, or perhaps, to mate. These are beautiful, colourful butterflies and will overwinter as adults, re-emerging next spring to continue their line.

The local magpies have been very vocal lately with as many as five engaging noisily in some dispute or other. 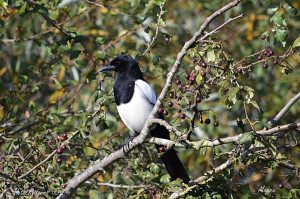 This suggests that they have had a successful breeding season which may not have been good news for our smaller songbirds.  Magpies belong to the crow family and act accordingly. They are sharp-eyed, intelligent birds and will seek out the nests of smaller birds, happily taking eggs or chicks with which to feed themselves and their own offspring.  They are undoubtedly smart birds to look at but their habits don’t endear them to me, I’m afraid.

A walk in the countryside now will reveal sloes, the hard, dark coloured fruits of the blackthorn tree. 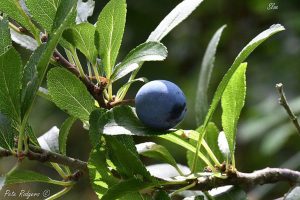 Blackthorn is the plant that lights up the hedgerows in spring with a beautiful mass display of small white flowers.  The plant is armed with serious thorns and lives up to its scientific name of Prunus spinosa. It belongs to the same genus of plants as damsons, plums and cherries. Unfortunately its fruits are effectively inedible due to their bitter taste.  The only use for them is in the production of sloe gin, made by steeping sloes in gin for 3-4 months with some sugar until the gin changes both in colour and taste. Commercial producers are also cashing in on the resurgence of gin as a popular drink by marketing their own sloe gins.

August is the time of the year to cut the beech hedge in my garden. This year I disturbed a bush-cricket in the foliage. These are superficially like grasshoppers except that they have very long antennae and walk rather than jump.  Its specific identification will have to remain a mystery; I thought it was an immature speckled bush-cricket but now I’m not so sure. A photograph may have helped but too late now!

I have heard my first singing robin of the autumn. 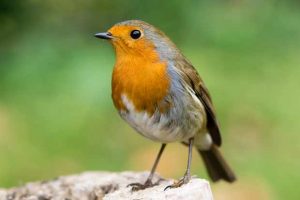 Its rather wistful, but not unpleasant, song will be heard throughout the winter months when other birds are silent.  Robins are unusual in that both males and females sing; in most species it is only the male that sings, usually to attract a mate or defend its territory.  Listen out for it….and enjoy.