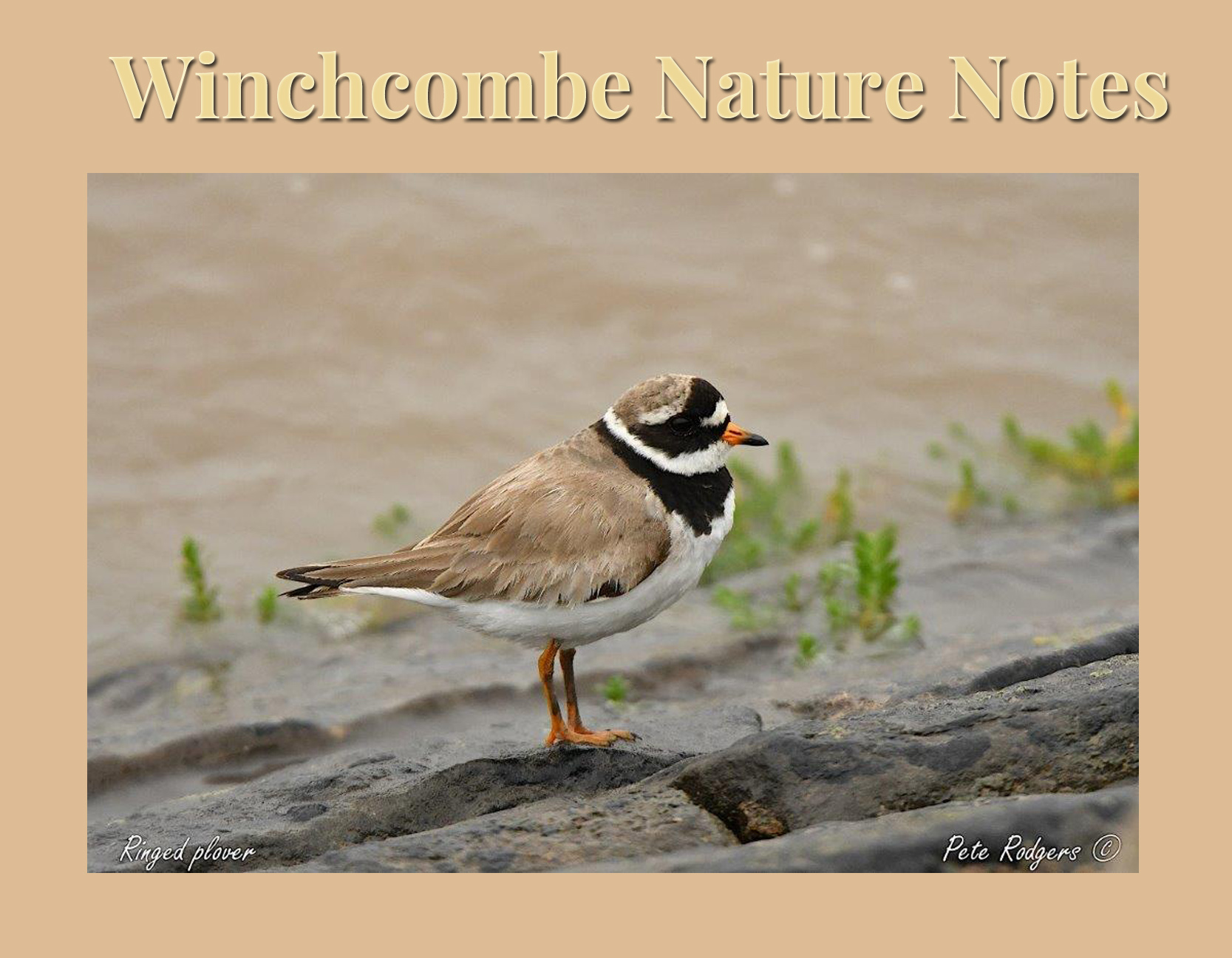 A change of residence, albeit temporarily, has meant a reduction in casual observations of our natural world. A smaller garden with few flowers results in less fauna to see.

The usual suspects visit the bird feeders somewhat erratically. Blue and great tits with a robin and occasional wood pigeon for the supporting cast are about it for the birds. And I’ve got the better of the grey squirrel by greasing the pole! 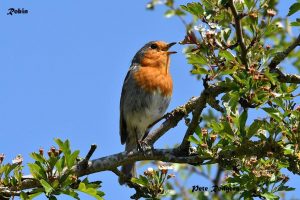 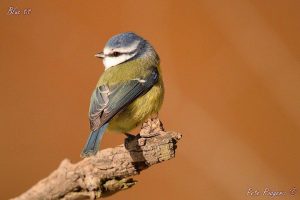 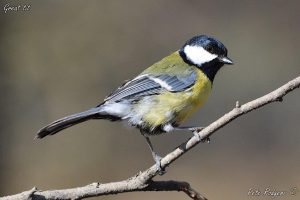 The best of the butterflies has been a couple of sightings of second brood holly blues. A large dragonfly (probably a southern hawker) has passed through two or three times without stopping and that’s about it.

The swifts have left us now, returning south to sunnier climes. To me they are the epitome of a summer’s day as they wheel around in the sky above, occasionally dropping lower to scream at each other as they chase between the rooftops and chimneys of older Winchcombe properties.

They will breed in roof spaces under the tiles but unfortunately, modern buildings offer no such openings. Many older buildings have been tidied up and any such opening closed off. This, coupled with a reduction in insect prey, all results in us hosting fewer swifts with each passing year.  They are remarkable birds, spending their life in the air except when nesting. They feed, sleep and even mate on the wing.

In bird terms they are reasonably long-lived, their lifespan averaging about five to six years. The oldest, courtesy of a ringing recovery, was estimated to be eighteen years old and bearing in mind two migrations between the UK and Africa each year, could well have flown four million miles in its lifetime. Amazing.

On a walk around Winchcombe recently with my wife we picked up a female common darter dragonfly. Well, not actually picked up, more that it joined us. Landing on her jacket sleeve I transferred it to my index finger where it stayed quite happily for several minutes until an unfriendly gust of wind literally blew it away.  It was an ideal opportunity to view one of these fascinating insects close-up. 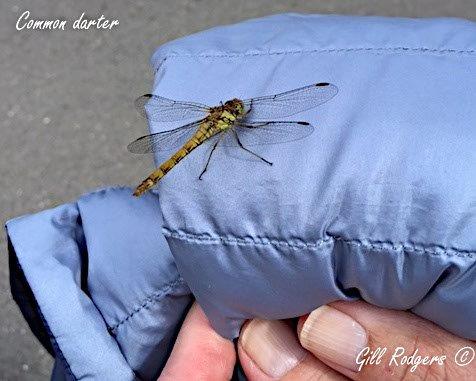 Dragonflies are very old insects and first evolved 300 million years ago when some real monsters had a wingspan of two feet. Modern equivalents are much smaller with a wingspan of no more than five inches.

Most of the head seems to be taken up with two large eyes, giving them superb vision. Together with their excellent flying ability (up and down, backwards and forwards and hovering) they are able to catch and consume smaller insect prey on the wing.

But they are also prey themselves. Larger dragonflies will take smaller dragonflies as food whilst all are on the menu for the hobby, a small migratory falcon, that is fast enough to catch even these artful dodgers.

Hobbies time their arrival for late spring in order to coincide with the early emergence of dragonflies and may be seen hunting over lakes and reservoirs in search of their prey. They also breed later in the year to take advantage of young swallows, house martins and even the fast flying swift.

Return bird migration has been underway for some weeks now.

Non-breeding wading birds are the first to become apparent, usually turning up at places like WWT Slimbridge and other coastal sites from mid-June onwards. Gradually the trickle becomes more of a flow so that by August a wider range of species and numbers of birds will be more obvious.

Many will be passing through (passage migrants) while others will over-winter in our warmer climate (warmer in relation to the Arctic Circle, that is).

A trip to Slimbridge now will produce waders such as green and wood sandpipers, and the first returning ducks followed by swans and geese in late September and October.

I took a trip south recently in an attempt to see what birds had arrived back on the Severn estuary. This is an important wintering area for thousands of birds that spread out far and wide across the muddy reaches of the estuary at low tide. They are, of course, looking for food and perhaps a sandbank upon which to rest up.

But with the turning of the tide, the rising waters push these birds off their feeding grounds causing them to seek refuge on higher ground.

As such, they come much closer to dry land, seeking a refuge on the river-bank above high water. Here they will rest, preen and sleep until the waters recede, allowing them to return to the exposed mud once more.

I’ve witnessed this on the Wash at Snettisham, in Norfolk, where many thousands of waders seek refuge on the shingle edges of a couple of old gravel pits. It’s almost impossible to see the gravel, so packed in are the birds. 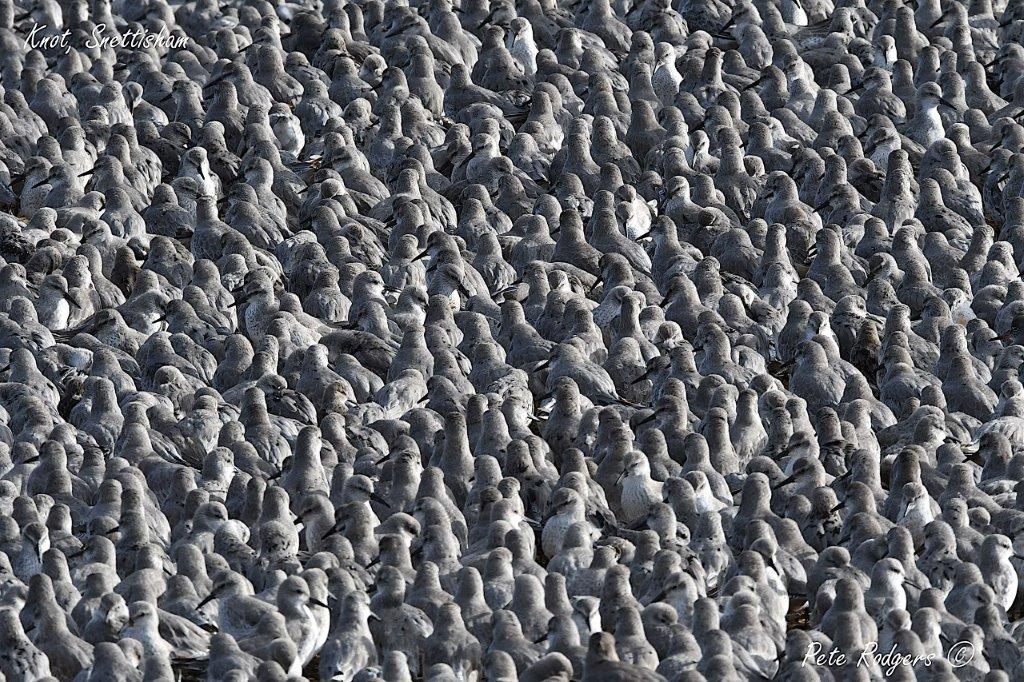 And although they are below the sight line of the coast, they instinctively know when the tide has ebbed enough for them to return to their feeding grounds.

As if someone sends a hidden signal, they erupt into the sky in seconds to fly, as one, over the shingle ridge and back to the muddy expanses of the Wash. A truly memorable sight and one that anyone interested in nature should experience at least once in their lifetime.

And the waders I found on the Severn estuary did something in microcosm. They knew when the tide was low enough to expose their feeding ground about five hundred yards to the north and, as one, left me alone to stare at the empty space they had occupied seconds before. 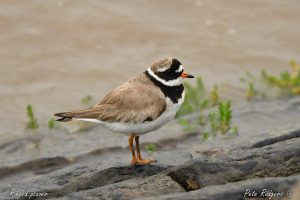 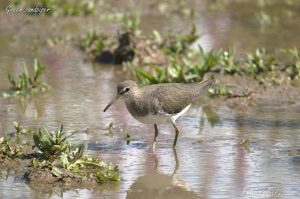 But I was satisfied that I had found them and been able to watch them without disturbance. Unfortunately, other users of the area such as walkers, dog-walkers and even canoeists are often unaware of these birds, or if they are, just don’t care. Although it’s a public area and they are perfectly within their rights to be there and allow dogs to wander where they will, I can’t help feeling that just a little more awareness and respect for nature would not come amiss.

So I returned home pleased to have seen dunlins and ringed plovers. Some still sport their breeding plumage, but most are showing signs of losing their brilliance until next spring when once again, all being well, they will don their breeding finery and set off northwards to raise the next generation.