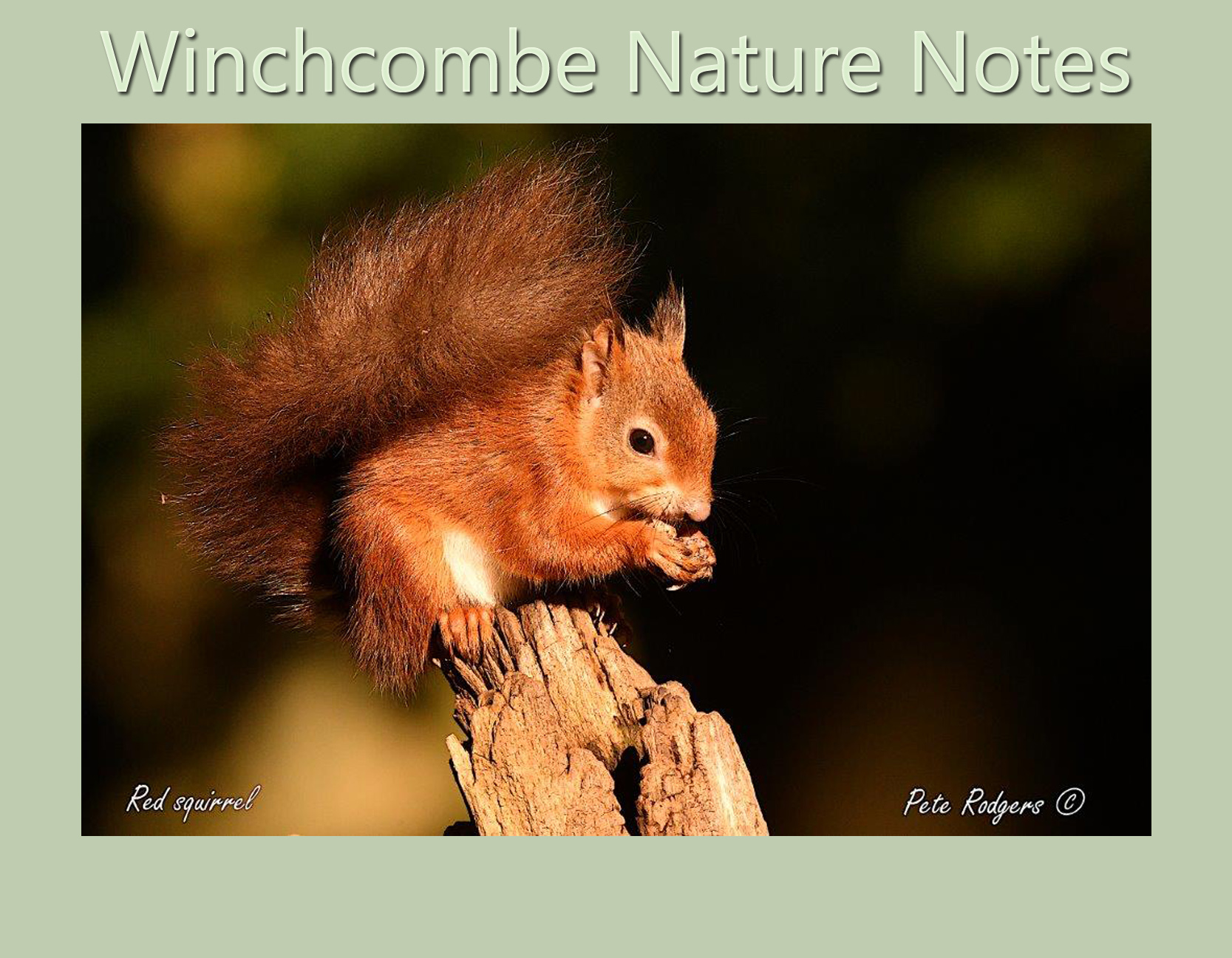 Having taken a break for some winter sun, I returned home to be greeted by storm Dennis, closely followed by storm Jorge.  The consolation was that I missed storm Ciara.  One is left to wonder at the possible effects on our wildlife; we certainly know the effects upon the human population. Fortunately I have never experienced my home being flooded and it is clearly a heart-breaking experience for those who have and are currently suffering.  They have my deepest sympathy. 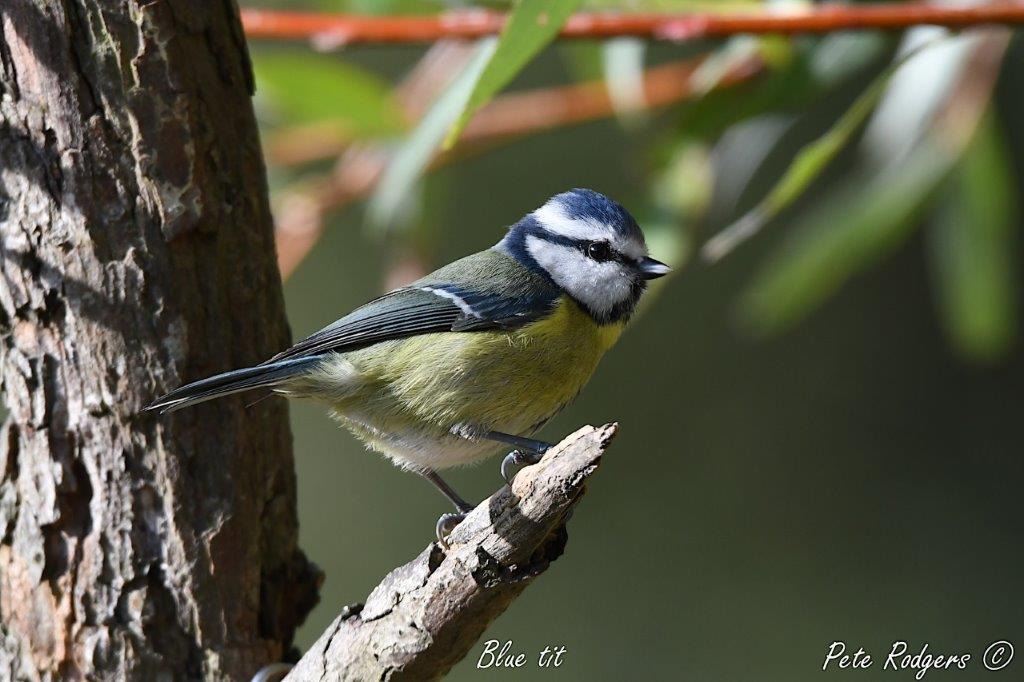 I returned home to find the garden very quiet bird-wise. The feeders are now again in place and one or two regulars (goldfinches and blue tits) are coming back but maybe the others have just moved on. We all like to think of the birds that visit our gardens as ‘our birds’ but the truth is that the robin you see every day for a week is just as likely to be seven different birds as one bird returning daily.

Consequently ‘Nature Notes’ is thin on content this time. Since my return I have again seen a female blackcap feeding on the fat balls and yesterday saw a stunning male sparrowhawk in my neighbour’s garden whilst on steps lowering the height of our adjoining beech hedge. 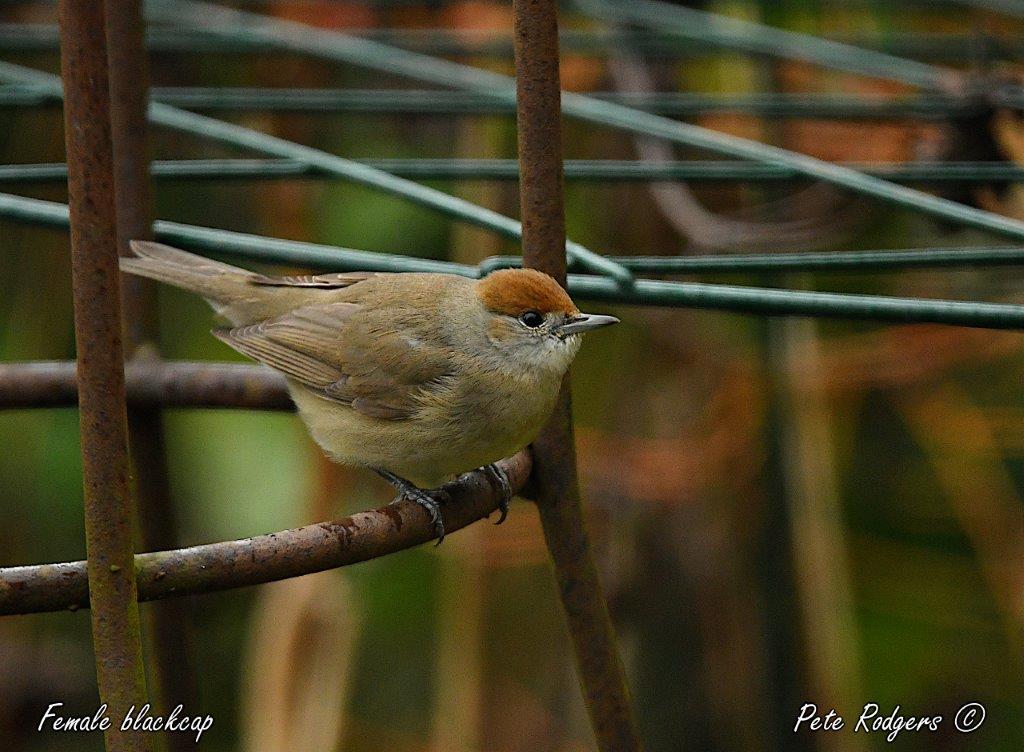 It was clearly checking out the bird feeders on the off-chance of taking an unsuspecting finch or tit. These agile hawks will twist and turn to take a small bird off the feeders but it was obviously out of luck on this occasion. Later I saw the larger female so it looks like there is a pair in the locality. I will look out for their soaring display flights over the coming weeks.

Signs of spring are in the air however. The snowdrops are already over and the daffodils look stunning at the moment. I’ve already heard birdsong; blackbird, song thrush and great tit already starting to establish territories and seeking to attract mates. And the first couple of days in March have some sunshine and a definite spring-like feel to them.

Some years ago the neighbourhood hosted a white squirrel. It is, of course, an aberrant grey squirrel and was one of three I heard of. A second was reported in Chandos Street and a third in Greet. I think it unlikely to be a single individual with wanderlust. Having not seen one for some time now, I was interested to learn of one visiting a friend’s garden in Gretton Road and had the good fortune to see it myself. I have yet to photograph this individual but have found an image of the one from 2011 in my archives. 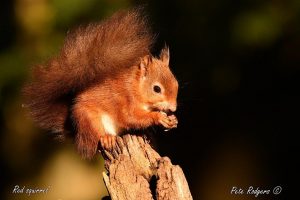 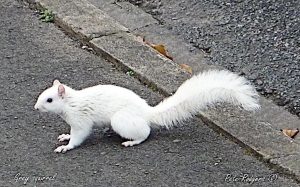 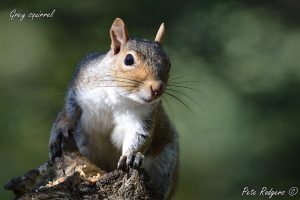 Grey squirrels are, of course, alien to this country and are responsible for the disappearance of the red squirrel in most of England. Reds can be found in only two places in southern England, namely the Isle of Wight and Brownsea Island, situated in Poole Harbour. I took a trip there last October and easily found a few individuals to photograph. They survive principally because their grey cousins do not exist on either island. Otherwise one must travel ‘up north’ to find these charming mammals. 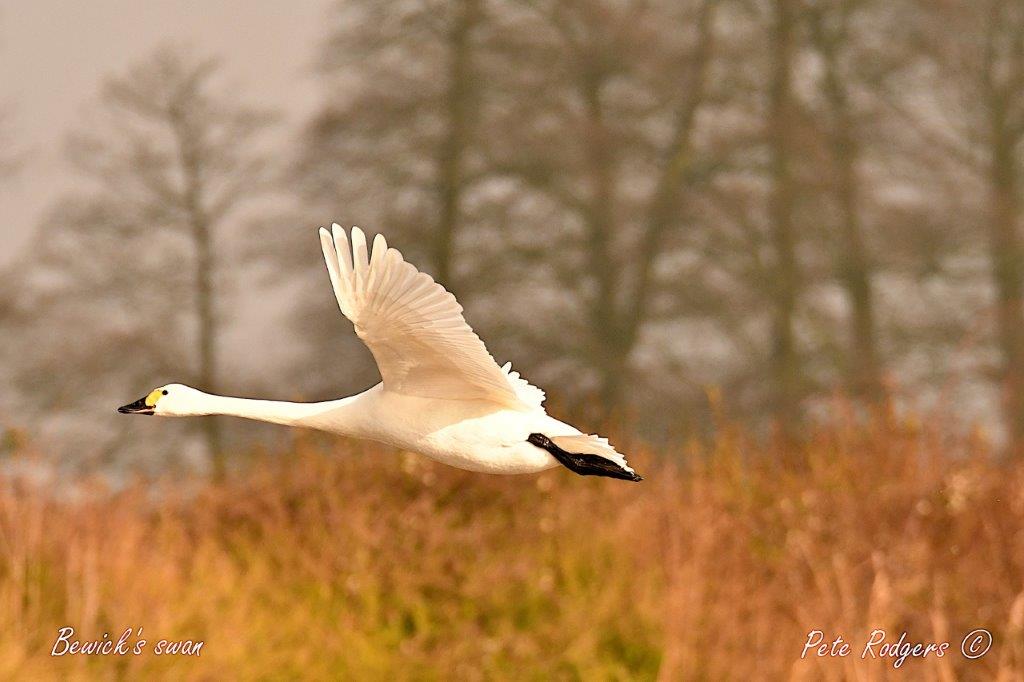 March will see the disappearance of our avian winter visitors. Already the Bewick’s swans have left WWT Slimbridge for their summering grounds in the Arctic Circle and soon the bulk of visiting redwings and fieldfares will return to Scandinavia. A few may hang on into April, depending upon the weather. A few fine days and they will take the opportunity to go.

But then we have the summer visitors to anticipate. A few blackcaps and chiffchaffs have spent the winter with us but soon their numbers will be swollen with countless more birds and species: wheatears, willow warblers, swallows and house martins to name a few. How many depends not only upon the weather but how many survive the annual spring onslaught of ‘hunters’ in the Mediterranean. These macho men seem to take great delight in slaughtering Europe’s songbirds for the sheer hell of it. If they were genuinely needed as a food source I could, perhaps, understand it but Europe’s not starving. It’s all done in the name of ‘sport’.  It’s about time they realised that these birds don’t belong to them. They belong to everyone.