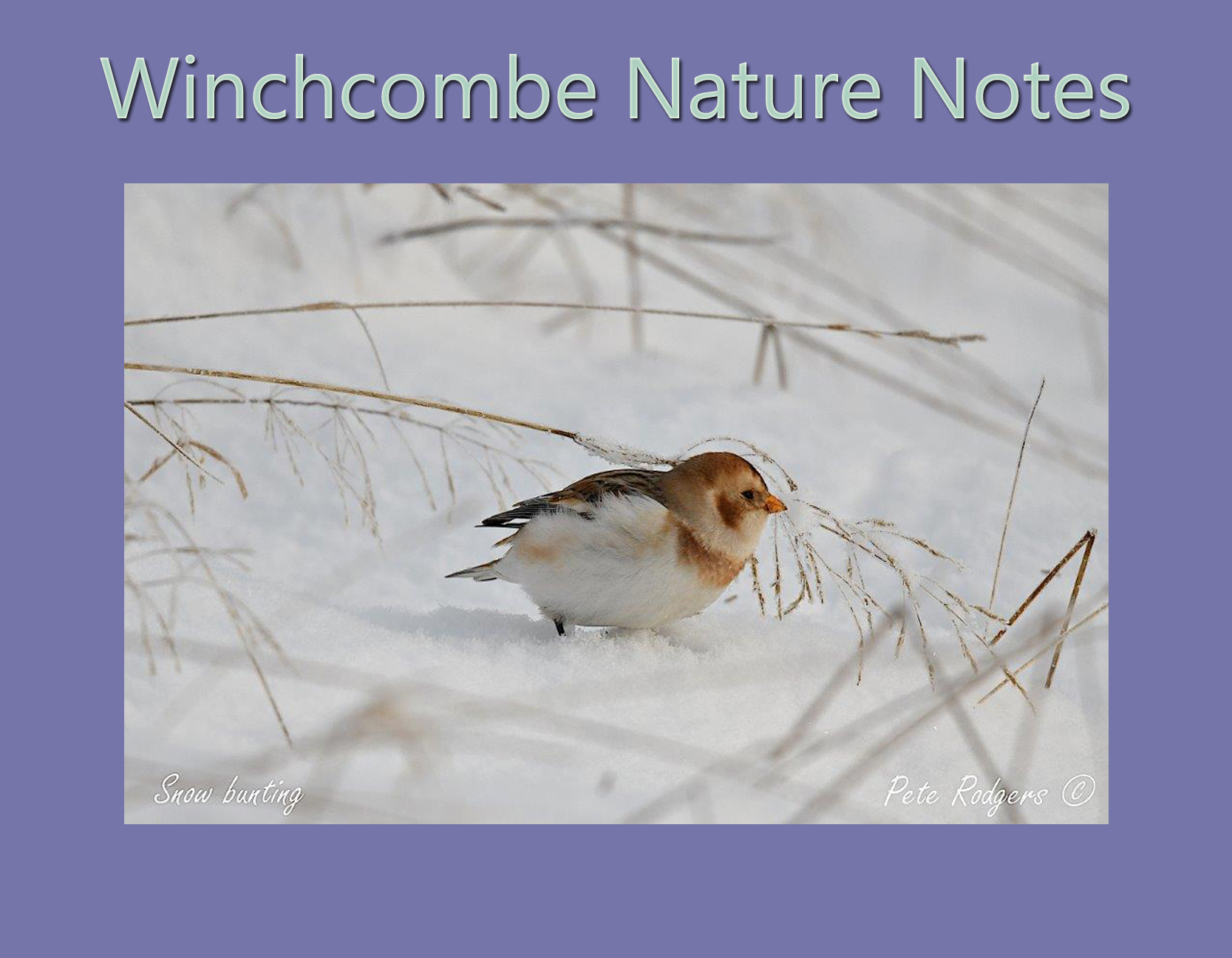 The temperatures for November have been much higher than ‘for the time of year’, as I’ve heard the weather forecasters on television continually remind us.  Were they lulling us into some false sense of security perhaps, that a mild winter was on the cards and we could all turn down the central heating?

We received a reminder of what that season could hold in store for us, waking up to a light dusting of overnight snow and a bitterly cold wind, the last weekend of November, and were soon enduring a serious white-out.

It didn’t last however, a thaw had set in before lunch time and by mid-afternoon we were pretty much back to normal.

Not so lucky were other parts of the UK, further north, that endured the worst of our first winter storm, Storm Arwen. Seriously high winds coupled with rain, sleet and snow caused massive disruption, mainly up the north-east coast and Scotland, and to parts of Wales.

A visit to Severn Beach or Sharpness, on the Severn Estuary, after a strong Atlantic storm can result in sightings of birds such as gannets, petrels, perhaps shearwaters and auks. Very occasionally such birds have turned up on inland reservoirs and such events get the twitchers out in good numbers to view the spectacle. 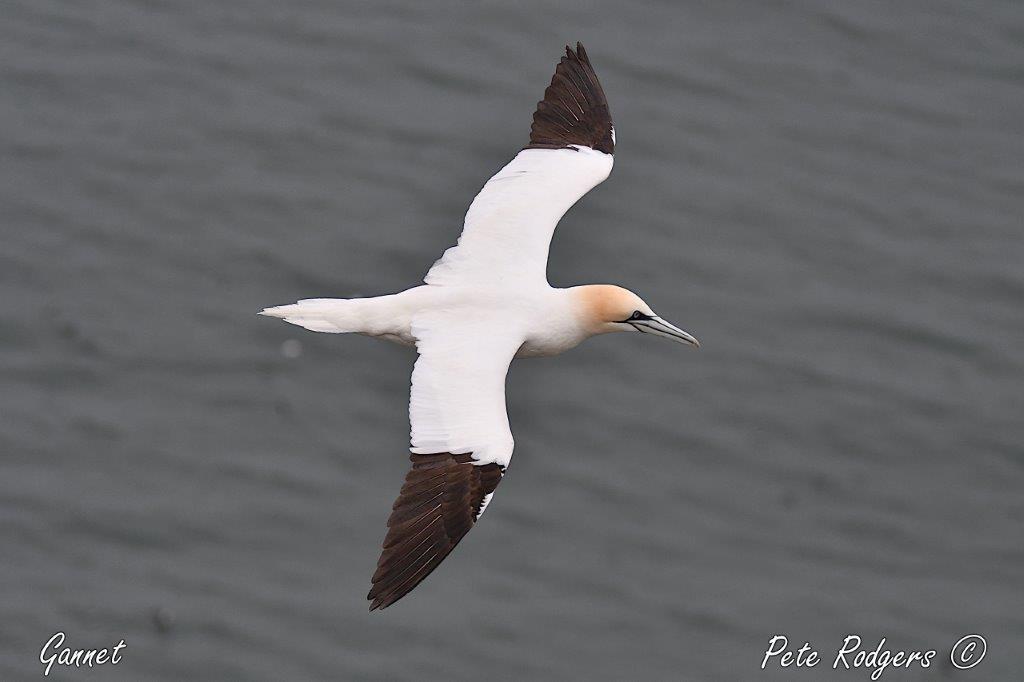 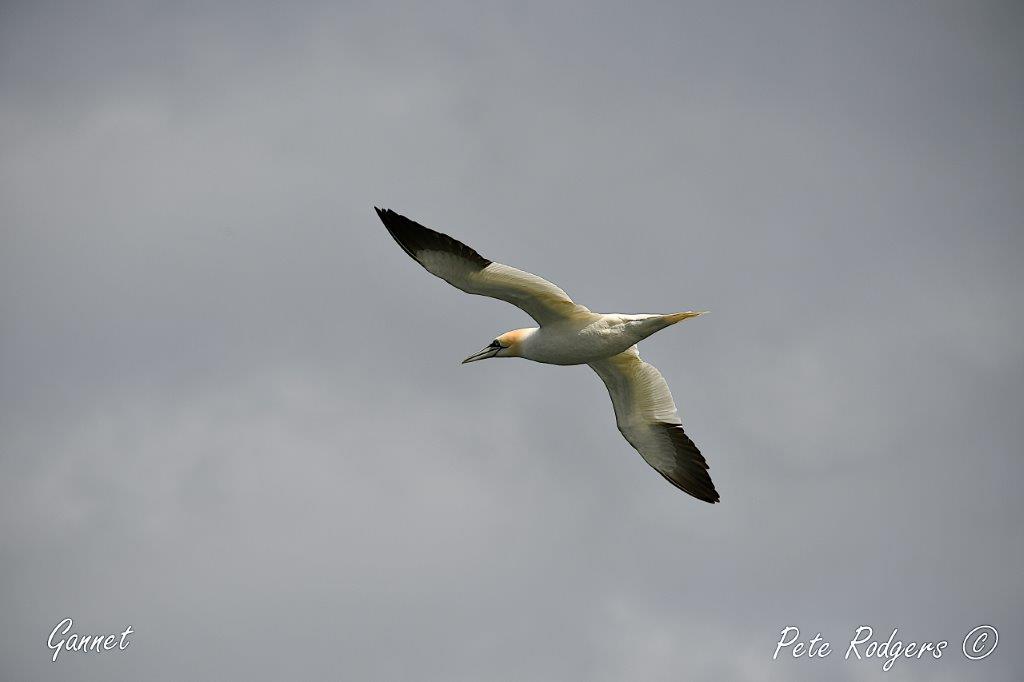 Whilst this might be good for birders it is not necessarily so good for the birds themselves. Disoriented, perhaps weakened by the bad weather and probably hungry, some will not make it back to their true environment and will succumb to the inevitable. Others, stronger birds, will survive and find their way back to the coast.

Birds have a remarkable sense of direction; just consider their migratory paths, for example. In any case, there is little or nothing we can do to help them. Best not to worry about something over which we have no control. Mother nature will sort things out in her own way.

We have now seen the last of summer’s insects although it is not impossible to find an occasional butterfly encouraged from its hibernation by a particularly mild and sunny day, even during our winter months. A few years ago I recorded a red admiral in my garden during every winter month! And I’ve seen the migratory painted lady butterfly in Dorset in January. 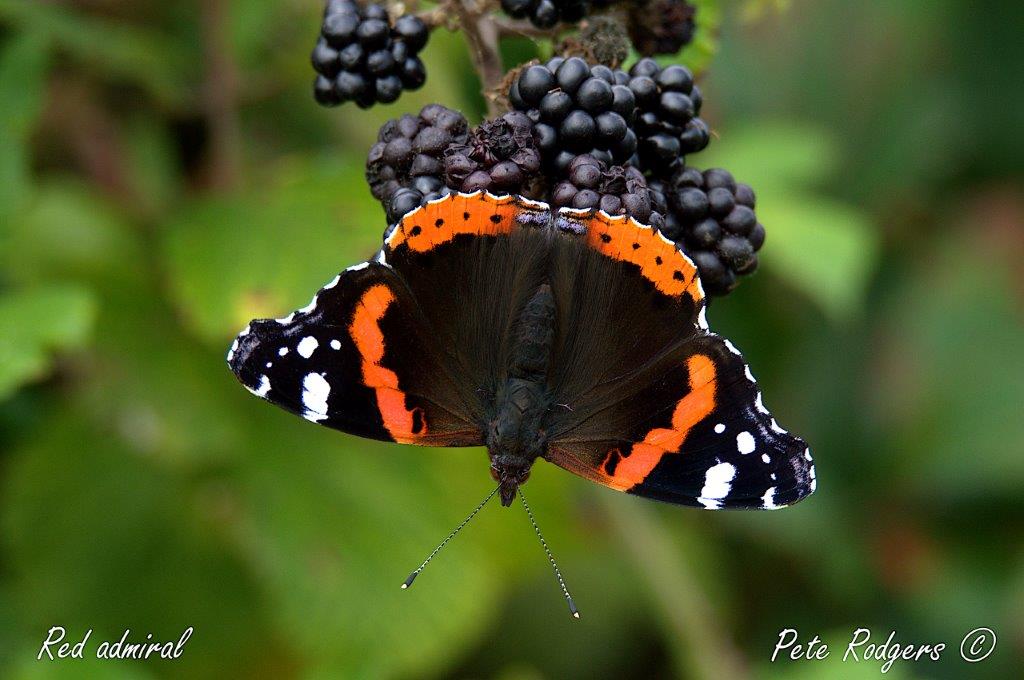 But these are the exceptions. The mild weather still allowed dragonflies to be on the wing into early November but they will now, surely, have completed their life cycle and passed onto that great dragonfly roost in the sky.

Sadly, bird sightings in the garden of my temporary home are minimal, despite four full feeders of food.

I’m left then with occasional blue tit or robin to keep me entertained until ‘party time’ comes around again. 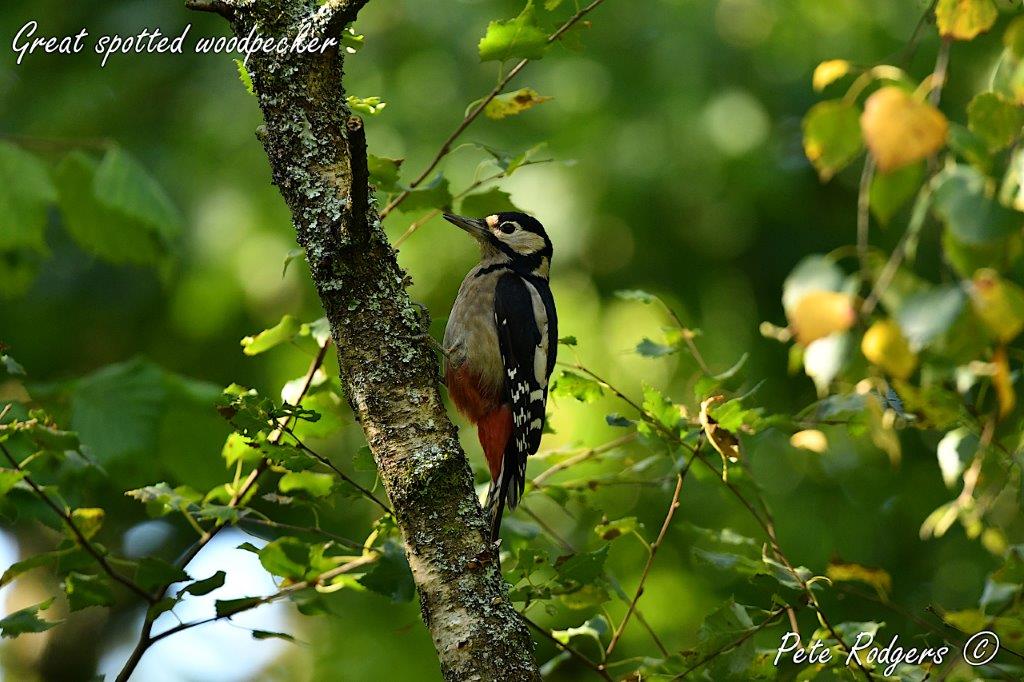 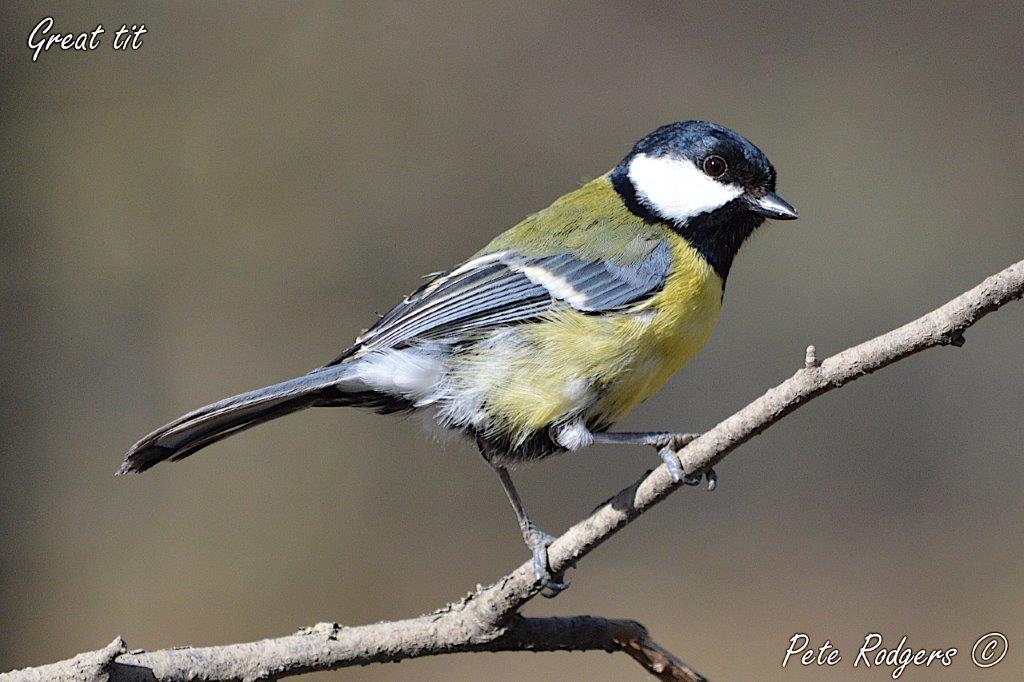 The best sightings have seen the visit of both male and female  great spotted woodpeckers to the peanut feeder (not together) and a couple of goldcrests in the shrubbery.

Undoubtedly the birding highlight locally has been the presence of a snow bunting in, of all places, a country lane on the edge of Prestbury.

It was first sighted on 8 November in Queenwood Grove. I determined to see this little gem, so close to home, so made a prompt start the following morning. 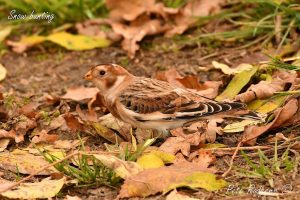 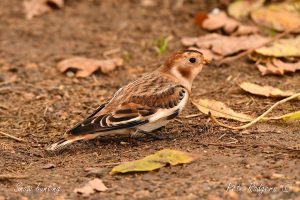 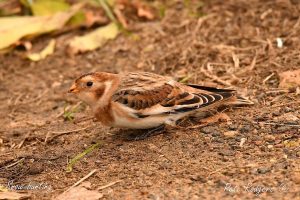 Arriving at the reported site, I quickly found the bird hopping around feeding, obviously finding fallen seeds amongst the roadside debris and on the grass verge.

I was surprised to find that I had the place to myself, fully expecting to find other birders there ahead of me. I pointed out the bird to a few dog walkers, who were both interested and cooperative in being careful not to cause the snow bunting any disturbance.

Eventually a few other birders came and went. When I left, having been watching the bird for an hour or so, and with a stack of photos to sort out, just a solitary birder remained.

I read later that the bird was eventually disturbed by the local postman! It took flight and, rising high in the sky, disappeared from view and was not seen again.

This is almost certainly the Prestbury bird. It would be too much of a coincidence for it to be a second bird, but not, of course, impossible.

Snow buntings are the world’s most northerly songbird. A few breed in the Cairngorms and I have seen them on the top of Ben Nevis in summer.  They are really Arctic birds, having a breeding range encompassing Alaska, Canada, Greenland and Scandinavia.

In winter the birds move south to avoid the Arctic winter so the UK population is swelled during this time. Mostly they are found on the east coast of Britain but small numbers turn up further west.

A couple were present for some time on the Malvern Hills about four years ago and a single was found on Leckhampton Hill at about the same time. Two were present at Severn Beach last year for quite some time.

The males are stunning birds, becoming black and white in spring and summer breeding plumage. In winter they assume the more subtle colouring of the females, retaining the white breast feathers but with the upperside turning various shades of sandy brown. The wings retain large white panels which show nicely in flight against the black wing tips.  So, whilst not a ‘mega’ rarity it’s certainly a bird worth getting out of bed for.

Hopefully the colder weather will encourage more winter birds to come south. Winter thrushes seem very sparse on the ground around Winchcombe although I did see more respectable numbers on a recent walk around Guiting Power.

Wintering swans and geese have been present in small numbers for about a month now at WWT Slimbridge. Numbers of both are currently less than one hundred whereas fifty years ago there would have been up to 8,000 migratory geese and swans numbering well into four figures.

Sad declines caused by climate change, meaning the birds don’t need to travel so far south, and issues on the breeding grounds.

Still, with plenty of ducks to see in their post-moult plumage a visit on a sunny, if cold, day will still be worthwhile.