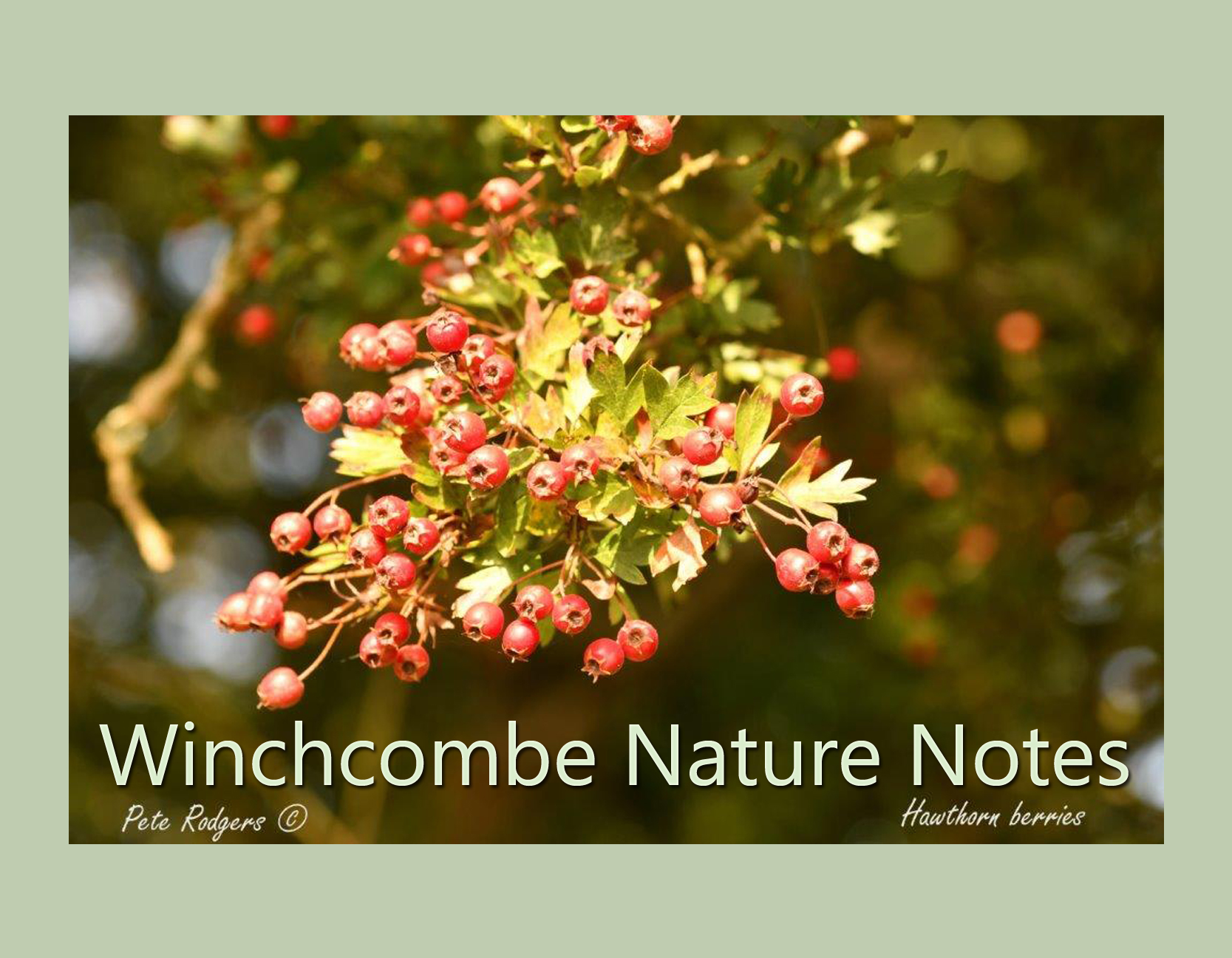 The ‘Season of mists and mellow fruitfulness’ according to Keats.  And he’s not wrong as any countryman will testify. Misty mornings are to be savoured as we wait for the sun to burn off the mist, hedgerows to be enjoyed as we enjoy the colour of the hawthorn berries and wild rose hips.  Except that lately we have had little to cheer weather-wise.  The warm, sunny days experienced during parts of September have been replaced with Atlantic weather systems driven in by the jet-stream. The decaying hurricane Lorenzo brought winds, rain and localised flooding to the UK and now we have its followers in the form of less severe, but none the less depressing, lows.  So the chances of autumn mists carpeting the countryside, being burnt off by a rising and warming sun seem to have been blown away this year.

But the sunnier days of September did allow Mother Nature to show us its bounty, even if briefly.  There were, and still are, plenty of berries on the hawthorns.  These bright red berries will be winter fuel for a number of birds, most noticeably thrushes.  In particular redwings and fieldfares, escaping the harsh winter of their Scandinavian breeding grounds, are already being reported in small numbers.  Soon they will number in their many thousands. 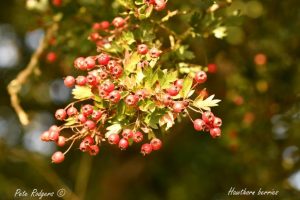 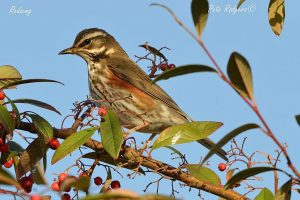 An old wives tale says that all the berries in the countryside are a sign of a hard winter.  That’s rubbish, it’s a reflection of good growing conditions experienced during the summer just gone.

Low down in the hedgerow the seed head of the cuckoo-pint displayed its own collection of fruits, tightly clustered at the top of a fleshy spike.  Also known as lords-and-ladies and, perhaps more accurately, as wild arum, the plant will have shown its first leaves in February, followed by a curled up spathe (sheath) in April.  This will have unfurled to reveal an upright purple central spike, the spadix.  Cleverly the plant places its flowers at the base of the spadix, whose odour attracts small insects down into the plant. Their presence facilitates pollination and the seed pods (berries) gradually ripen to appear in late summer.  The bright red berries are intended to be eaten by birds and rodents, thus ensuring the plant’s dispersal; they are though, poisonous to humans.

One of the more useful hedgerow plants must be the bramble, whose fruits, the blackberry, are gathered to add to puddings or to turn into a country wine.

As a child I can remember picking blackberries to take back to mother but eating most of them before I got home.  The downside to eating blackberries straight from the plant is that they have probably been closely inspected by insects and one never knows where they have wiped their feet! Having said that, I never came to any harm and, to me, it all seems part of growing up.

The sunnier, warmer days of September allowed me to enjoy watching a particularly colourful butterfly in the garden, the red admiral.  Although common, I never tire of seeing this delightful insect although I know that it signals the beginning of the end of the butterfly season for another six long months. 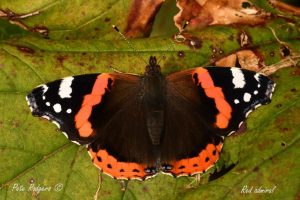 All being well, the butterfly will find a dry haven to hibernate, re-emerging in spring to mate and continue its line.  On one particularly mild winter a few years back I saw a red admiral at least once in every winter month.  It was obviously hibernating nearby and was awoken on brighter, sunnier days.  It was usually to be seen basking on the south-facing house brickwork, its wings held in a V shape to direct the little heat from the sun onto its body and perhaps benefitting from some small amount of heat radiated back from the bricks.

Undoubtedly the highlight of the past for month, for me at least, was the encounter with the caterpillar of the large elephant hawkmoth.  My daughter found one on her driveway and, knowing my interest, brought it to both show to me and to get its identity.  It was suitably photographed and passed on to a like-minded friend who will breed it through to maturity.

Imagine my surprise when the very next day my eagle-eyed wife found some more of these giant eating machines on a fuchsia bush in the garden.  The fuchsia is one of the larval food plants and it was clear they were hungry.  I counted no less than eight of these remarkable larvae on the plant.  They will have started life as an egg, laid by a gravid female moth in about May/June.  After hatching they will have quietly started feeding, gradually growing until they reach full size (about 85mm), at which point they will descend to pupate in the soil or leaf litter. 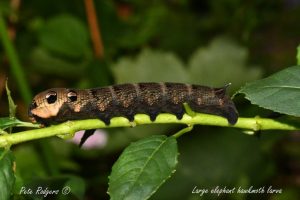 Next spring the adult moth will emerge, a beautiful pink and pale olive-green insect.  I have four of the fully-grown larvae in bucket in suitable conditions for pupation and have not seen them for a couple of weeks now.  I’ll leave well alone until the end of the month before checking to see if they have successfully pupated.

My photograph shows the front-end eye markings, not real eyes of course but just make-believe.  When threatened, the larva withdraws its head back into its body causing the ‘eyes’ to enlarge and thus deter any would-be attacker.  The rear end is adorned by a spike, common in many of the hawkmoths, leading to  their being called hornworms in North America.  This moth gets its name from the body of the caterpillar, which someone once likened to that of an elephant’s trunk.