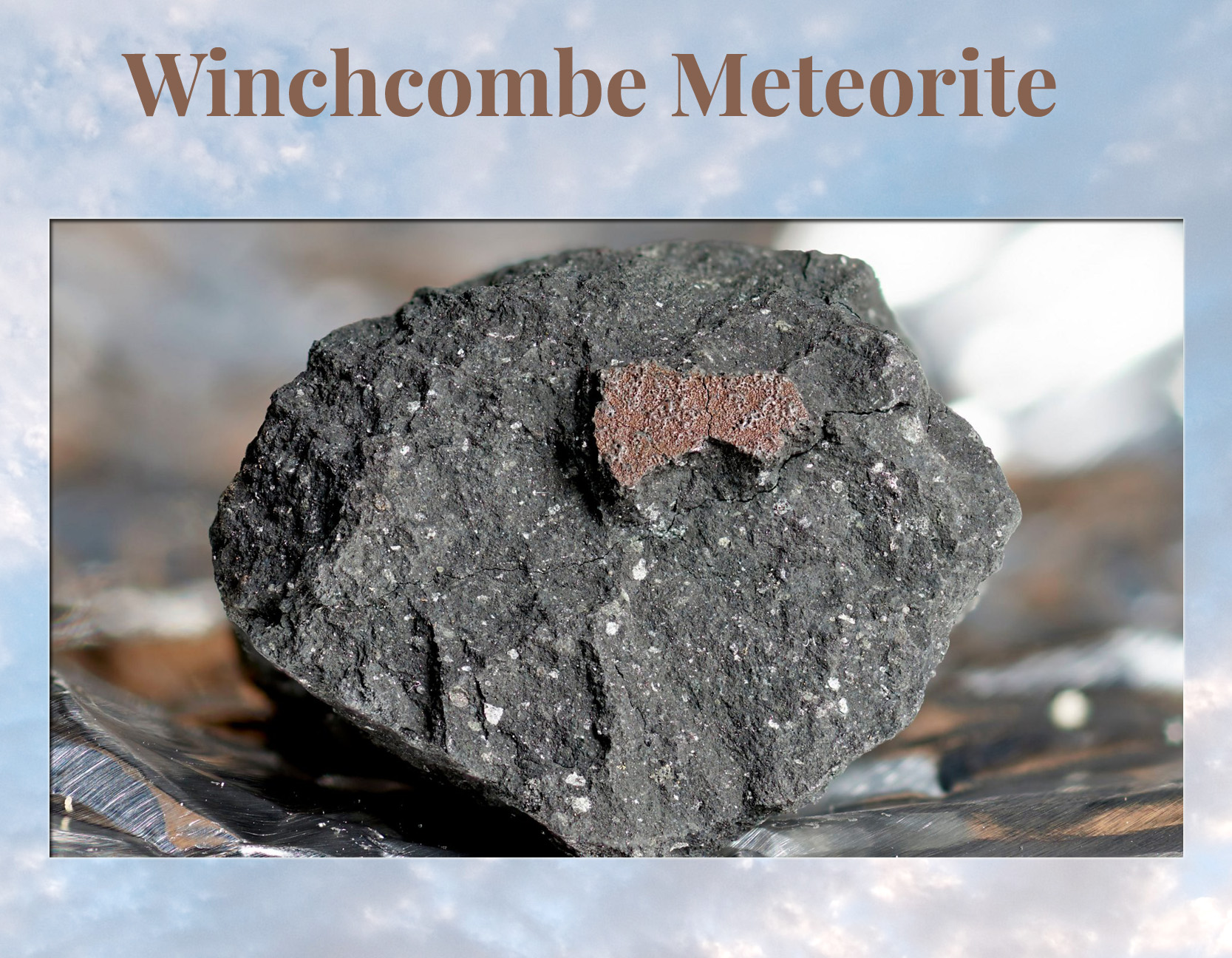 It is unusual for Winchcombe to make the national news, let alone international media and TV, but the Winchcombe Meteorite’s arrival on the tarmac driveway of the Wilcock family in Winchcombe in February 2021 achieved just that. 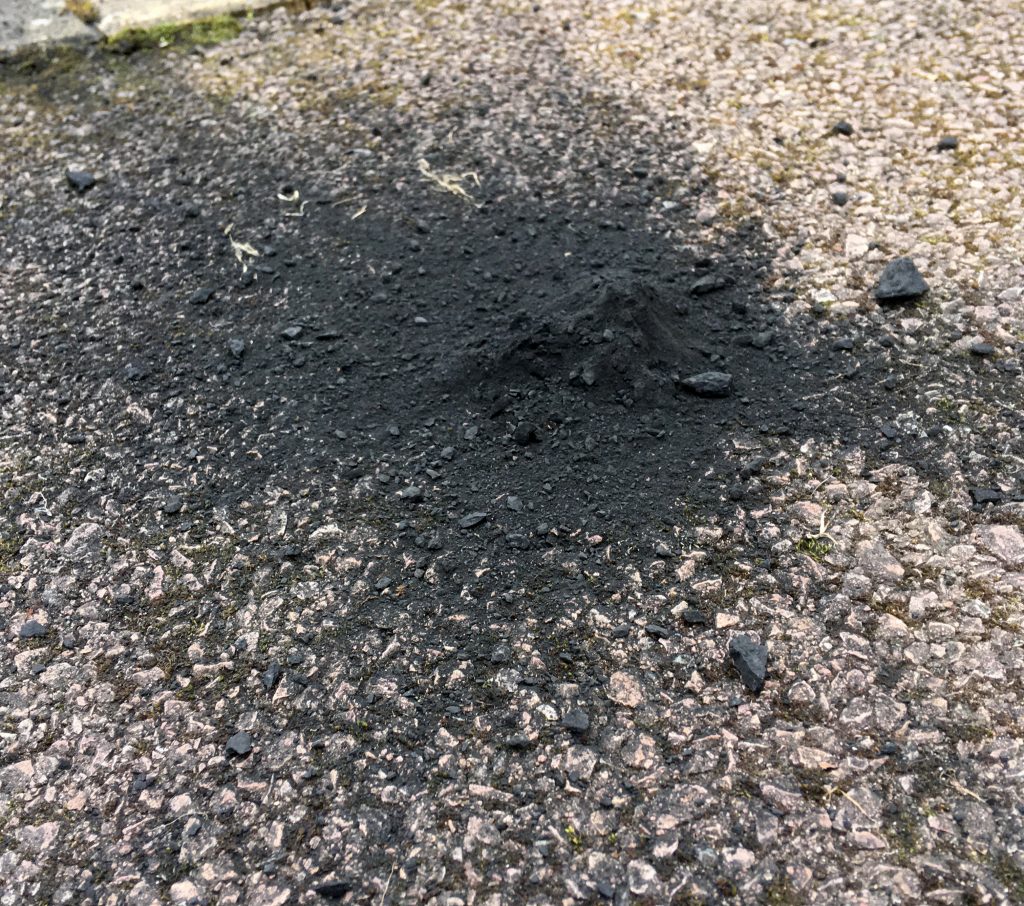 The meteorite – photographed 12 hours after it arrived on planet earth. (Copyright Rob Wilcock) 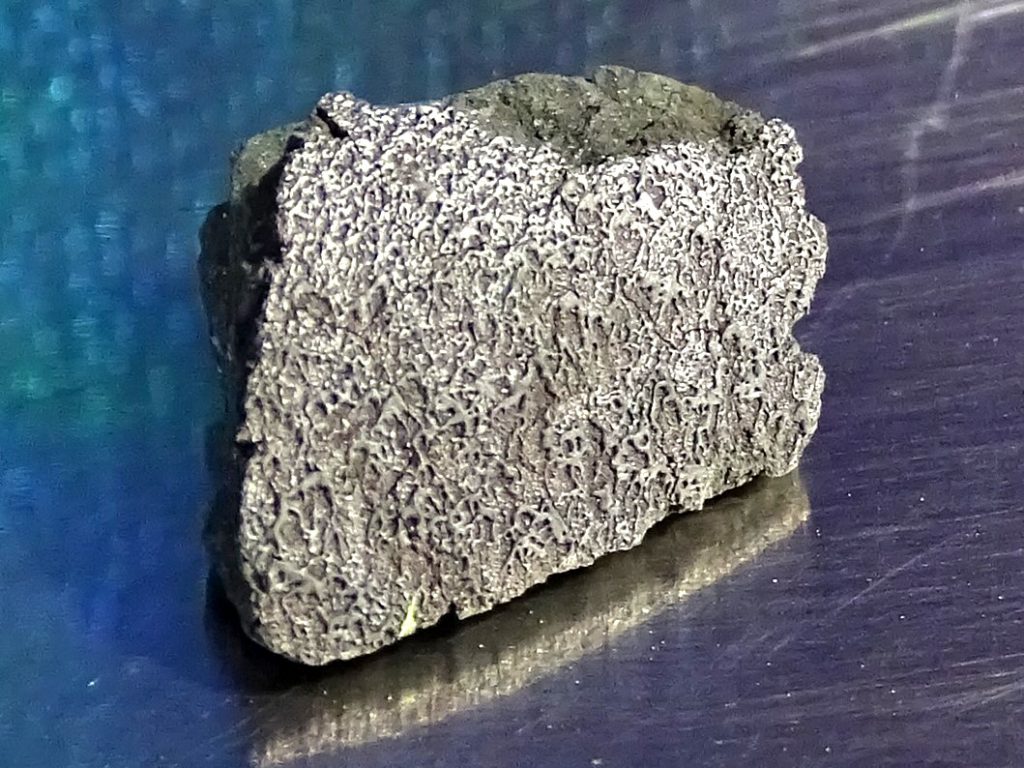 A 1.2 gram fragment of the meteorite showing the fusion crust – the outer surface which briefly melts as the rock hurtles through the earth’s atmosphere . (Copyright Rob Wilcock)

The Wilcocks may have experienced a slight disturbance in the night on 28 February 2021, but that was nothing to the media maelstrom which followed.  The television cameras of BBC, ITV and Sky and reporters from many national newspapers roamed the streets of Winchcombe, looking for more news on this unique event.  Witnessed meteorite falls are extremely rare, and this one was rarer still because it was a highly unusual type of meteorite known as a Carbonaceous Chondrite, which scientists believe may have been responsible for bringing the building blocks of life to planet earth.

The Winchcombe meteorite was the first UK meteorite fall for thirty years and was the first ever Carbonaceous Chondrite to be found in the UK.  In all, just over 600 grams of meteorite material fell on Winchcombe and nearby Woodmancote.  Nearly all of the landowners who found pieces have donated their finds to science.  The main mass fell on the Wilcock family’s driveway and they have donated over 300 grams to the Natural History Museum in London.  It will be kept there and for decades to come it will be made available to scientific institutions from all over the world for research purposes.

Rob, Cathryn and Hannah Wilcock also wanted to share the meteorite with the local communities, and they have donated pieces to Winchcombe Museum and to the Wilson Gallery in Cheltenham.  Winchcombe Museum now has an excellent display dedicated to the meteorite, its discovery and its scientific significance.  Three pieces of the 4.6 billion year old space rock are on display there.

The Wilcocks are also keen to inspire budding scientists and have worked with the Natural History Museum scientists to deliver a schools outreach programme.  This will continue in 2022.  It is hoped that the newly refurbished upper room in Winchcombe Museum will become a popular venue for outreach of this type. 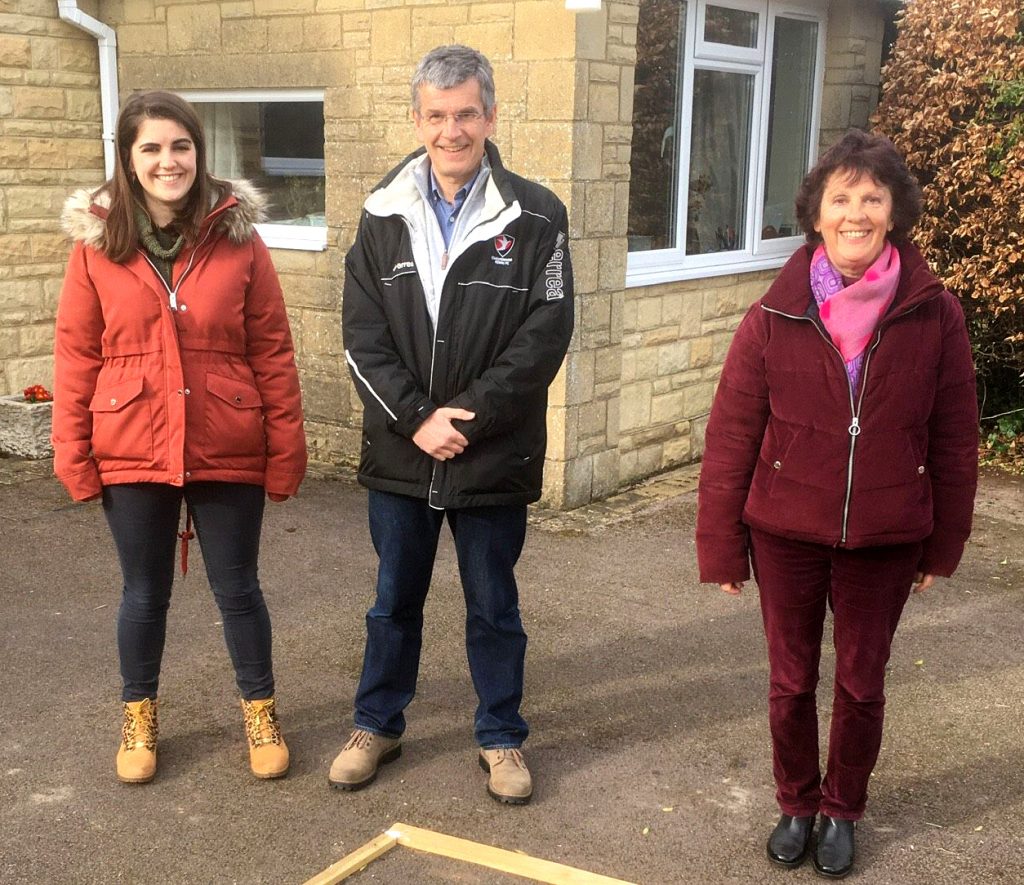 Rob, Cathryn and Hannah Wilcock on the drive where the meteorite came to earth

For further information about the meteorite visit our website.